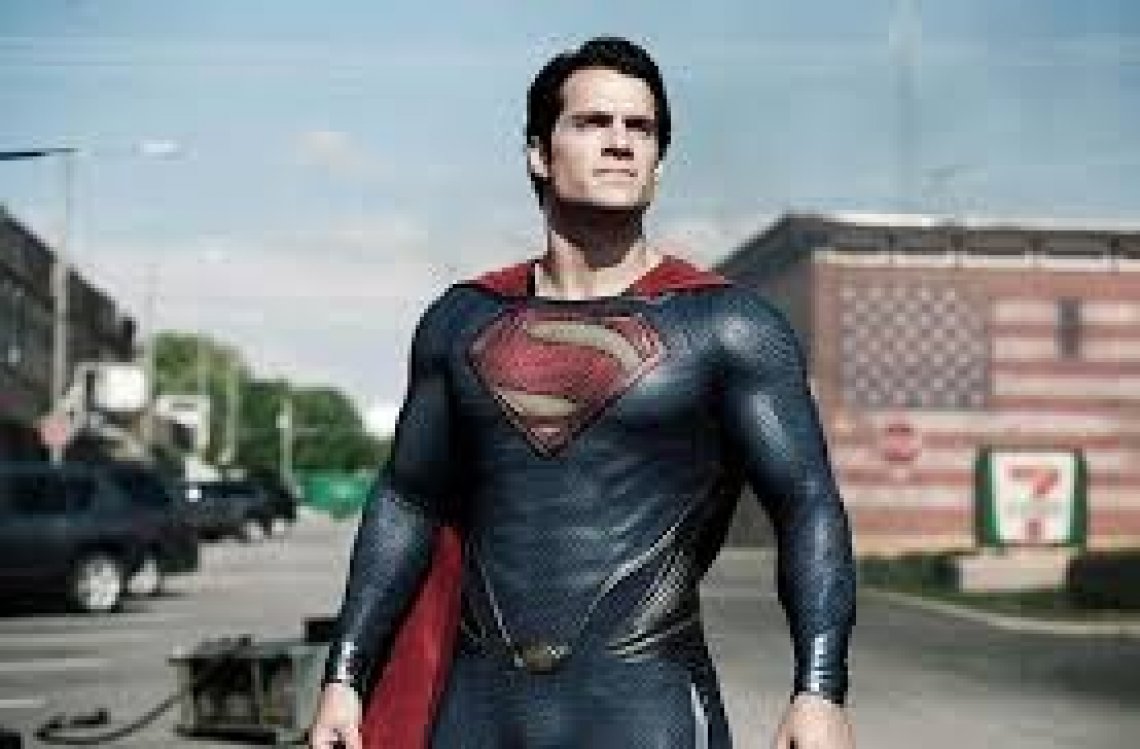 Superman is the sole survivor of the planet Krypton. When his father, Jor-El, discovered that a nuclear chain reaction within Krypton core would soon shatter the planet, he had his son removed from the Kryptonian Gestation Chambers and had his unborn son´s life-matrix attached to an experimental star-drive unit. He then launched the star-drive towards the planet Earth where Kal-El (according to Jor-El's calculations) would gain tremendous strength due to Earth's yellow sun. As Jor-El and his wife Lara watched their son take off into space, Krypton began to crumble around them and within minutes it exploded.

25 years later, the star-drive crashed on Earth where it was found by Jonathan and Martha Kent. When Jonathan touched the life-matrix attached to the star-drive, it triggered the matrix which then completed the birthing process and opened to reveal the newly born Kal-El. Believing him to be the victim of cruel experiments, rather than an extra-terrestrial, the Kents took the boy with them back to their farm, just outside of Smallville.

After the Kents rescued the boy from the crashed ship, the ship destroyed itself. The Kents took young Kal-L to a local orphanage, declaring him an abandoned child. Young Kal-L soon proved too much for the nurses there to handle, and when the Kents returned to retrieve the boy, he was gladly released (Action Comics #1, Secret Origins vol. 2 #1).They named the boy Clark and took him home to raise on their farm near Smallville.

Clark grew up a bright lad and farm hand to his parents in the 1920s and 1930s, with little suspicion of his fledgling super-powers. When Clark was a teenager, a freak mishap in the time stream caused the Superboy of Earth-1 to appear on 1930s Earth-2. Superboy secretly trained Clark in the use of his powers, but Clark chose not to adopt a heroic identity of his own (New Adventures of Superboy #15-16). Eventually Mary Kent passed on, and John Kent joined her soon after. Before he died, John warned Clark that his powers might frighten people and exhorted him to use those powers to champion the cause of justice and the common good. Clark took his adopted father's advice to heart and decided to create a new identity for himself that would pursue justice while allowing him a human identity. He created a costume similar to one he had seen on his teenage mentor and adopted the identity of Superman.

Some people believe that the story of Superman, originally POWERS AND WEAPONS

Under Earth's yellow sun, as opposed to Krypton´s red, Superman´s Kryptonian cells act as living solar batteries, absorbing solar energy and giving him superhuman powers. As a result of his continued exposure to the sun these powers steadily developed and increases as he grows older.

Superman possesses great superhuman strength, the exact limits of which have never been measured. His body is virtually indestructible. Although he can be knocked over by cannon fire, no conventional artillery can harm him, but he can nonetheless be injured by a sufficiently great force. He is even able to survive a nuclear blast, and he can withstand going through the core of the sun at superhuman speed due to the additional power his exposure to the solar energies would give him. However, prolonged exposure of this kind would kill him as his cells would eventually burn out, by not being able to handle that much energy at one time.

ABOUT THE WRITERS OF SUPERMAN

In 1938, just before the outbreak of World War II in Europe and at a low point in the American Depression, Jerry Siegel and Joe Shuster were working for D.C. Comics in New York. There, an editor finally agreed to let Superman appear in the first issue of Action Comics (volume #1, June,1938).

Despite his superhuman powers, Superman shared some characteristic traits with a majority of American Jews in the 1940s. Like them, he had arrived in America from a foreign world. His entire family -- in fact his entire race -- had been wiped out in a holocaust-like disaster on his home planet, Krypton. Like German Jewish parents who sent their children away in hopes that they could safely escape the Germans, Superman's parents launched him to Earth in hopes that he would survive. And while the mild-mannered Clark Kent held a white collar job as a reporter by day, the "real" man behind Kent's meek exterior was a virile, indestructible crusader for justice. This fantasy must have resonated among American Jews, who felt powerless to help their brethren in the death camps of Europe.

Superman obeys the Jewish connection to do good for his own sake and heal the world where he can. Siegel and Shuster had created a mythic character who reflected their own Jewish values.

Identifying Superman as a fellow alumni of a foster care system, and being raised by parents that were not biologically his own, I would say is a great compliment to all foster youth. After all, he was responsible for saving the world multiple times and is one of the most recognizable figure in the world.

In fact, he is a great example of the resiliency that real foster youth show on a daily basis. It is a compliment, I think, to have him up on the FosterClub website. I am sure some would even say they can relate to Superman, which could help with their own self-identity in realizing that foster care does not define them, and that they can be successful and maybe just save the world in their own way.

This helped me learn about Superman, barely. :( What about his allies, his friends, his enimies/ Sheesh...

wondering why your comment doesn't show up on the site right away? It's because you're not logged in as a member of FosterClub. If you haven't done so already, make sure you register @ http://www.fosterclub.com/user/register

Superman is AWSOME with a capital A

hes not even real

Im in foster care and that story is kinda cool