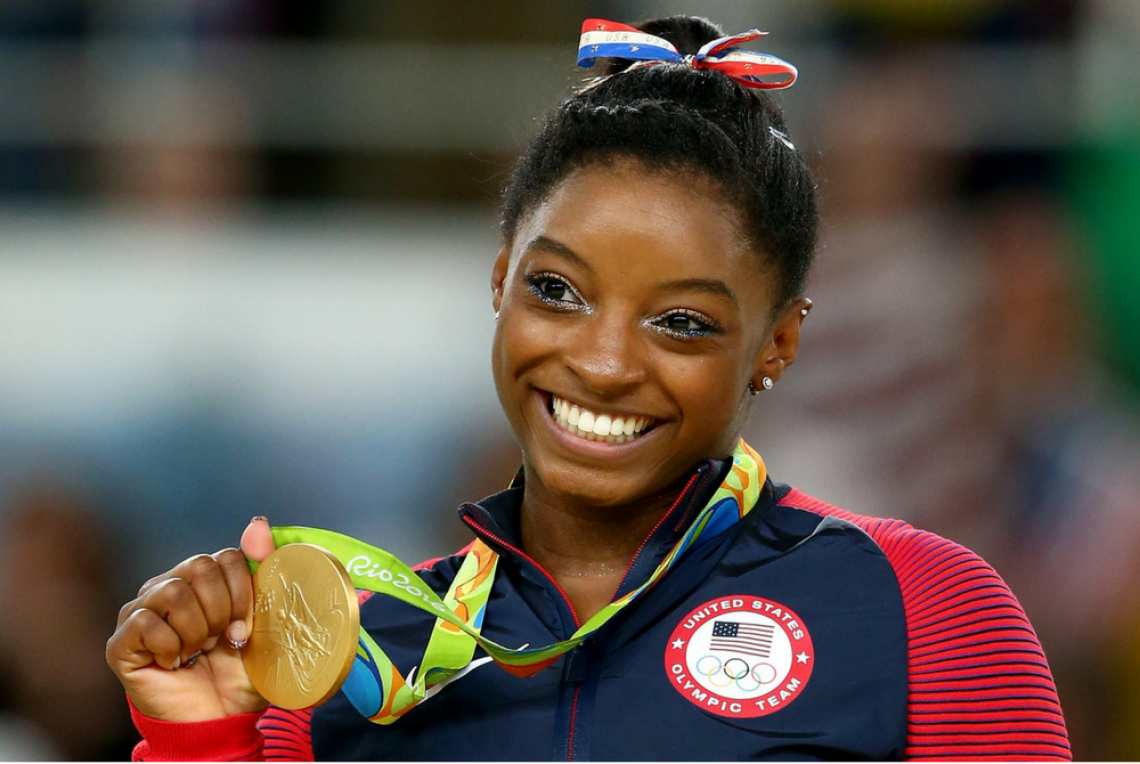 Biles is the first African-American to be world all-around champion and the first woman to win three consecutive world all-around titles. Biles is also the most decorated American female gymnast in World Championships history, with a total of fourteen medals, ten of them gold.

Simone and her three siblings entered Ohio's foster care system at age five due to her mother's substance abuse issues. They stayed in Ohio's system for three years until 2000 when they moved to their grandparents in Texas. Shortly after, in 2003, Simone was adopted by her grandparents.

Simone is competed in the 2016 Summer Olympics in Rio de Janeiro, Brazil. She is the #1 ranked gymnast in the world and brought home the gold!

At the time when you won medal or trophy in that time people capture your photo and show it on the pages. Where we want to tell locus assignment about the guy who won trophy. That guy become to much happy because this time he or she become very happy and it is good to posted it on the page.