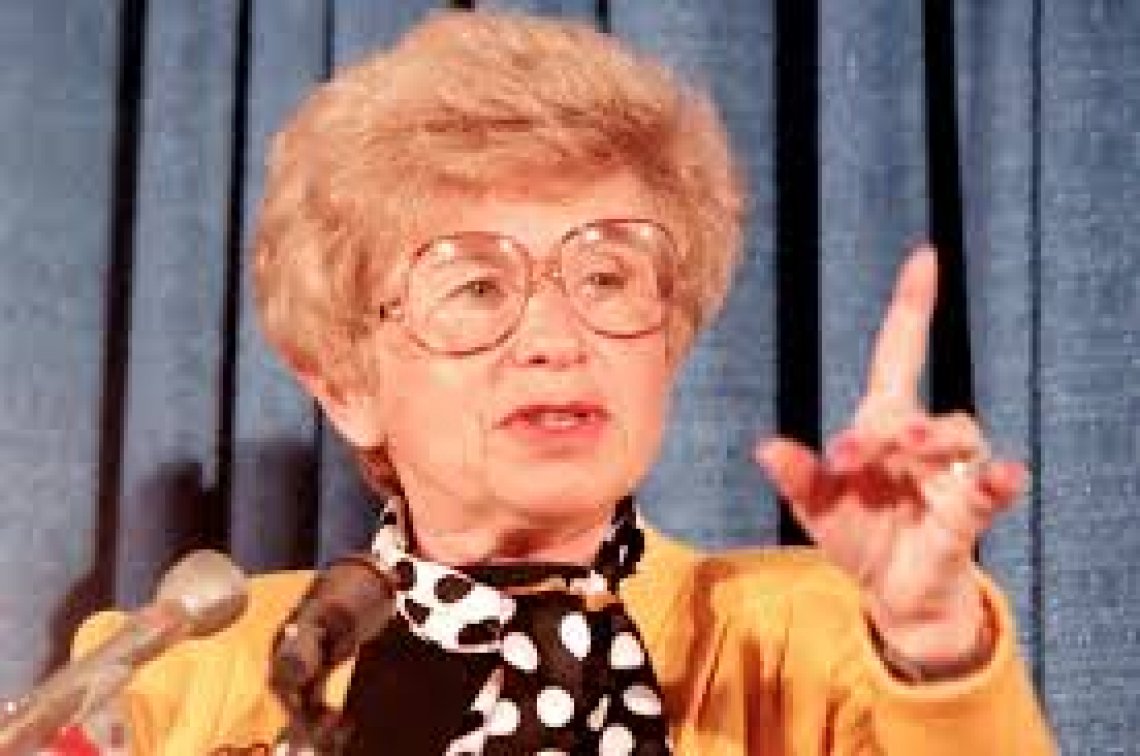 Dr Ruth Westheimer was born as Karola Ruth Siegel in Frankfurt, Germany, on June 4 1928. She was the Only child of an Orthodox Jewish family at the time of the rise of Hitler and the hatred of the Jewish Race. When she was 10 years old, her father was taken in custody and sent to prison camp. Soon afterward, Dr Ruth tells that her mother, fearing for her safety sent her out of Germany for six months of school. The move was supposed to be just temporary while the “trouble” in Nazi Germany blew over: She writes:

“When I was 10 years old, my mother and grandmother put me on a train in Frankfurt bound for a school in Switzerland. Because of the Holocaust, that school became an orphanage for all of us sent there from Germany and I never saw my parents or grandparents again.”

Ruth’s parents died in the Holocaust and for six years, she stayed at the Swiss school that became a foster home for her. When she was old enough to be on her own, Ruth immigrated to Palestine where the new state of Israel had recently been proclaimed. Joining the struggle for the country’s independence, she became a freedom fighter and was injured by shrapnel from an explosion.

Dr Ruth’s next move was to pursue her education at the Sorbonne in Paris. There, she taught kindergarten to support herself. In 1956, she immigrated to the United States where she obtained her master’s degree in sociology and a doctorate in education. In September 1980, Dr Ruth began her psychology based radio program Sexually Speaking, which experienced huge popularity right from the start. It started as a 15 minute program and within one year became an hour long program where listeners called in questions about sex for Dr. Ruth to answer. Her popularity and expertise on the radio grew to an educational network including television and books and more.

Today, Dr. Ruth Westheimer is popular for her open and frank discussions about sexual literacy as well as her dynamic and outspoken personality tempered with her good nature and great sense of humor.