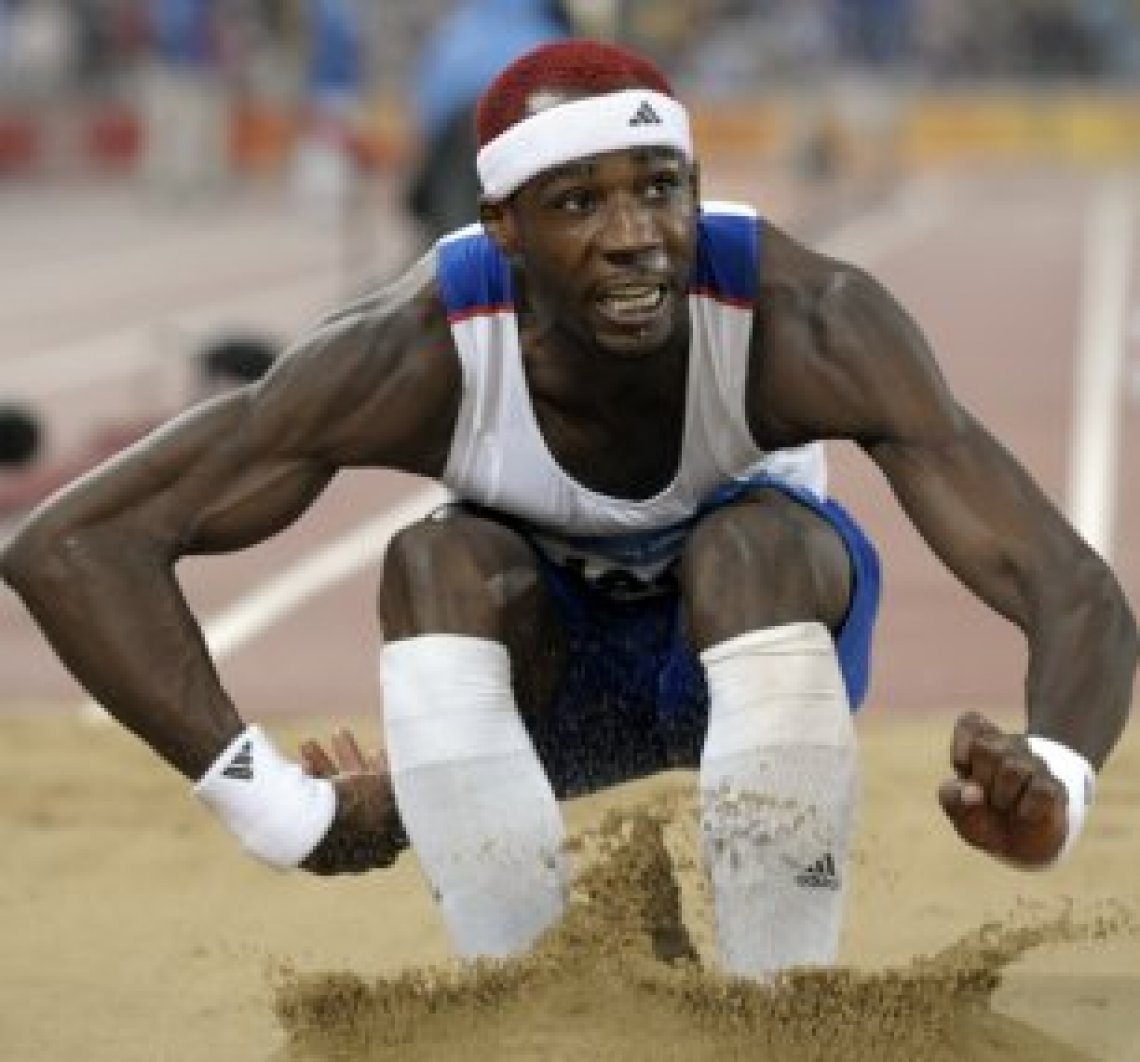 Few have travelled further on their journeys to the Olympic Stadium than the boy who was born next door. Phillips Idowu, impoverished son of Hackney, has been speaking for 35 minutes when he loosens his double metal-studded tongue.

"This is an exclusive," the world and European triple jump champion declares with a hint of the famed showman he is. "I'm telling you I was in foster care for a while. Nobody has ever written that. From childhood right up until now there have been some tough moments. When I was little I thought everyone lived the way I did. It was not until I was older and I travelled that I realised, 'S***, my upbringing was not like most.' I am proud of myself now."

He jokingly throws his hand over his shoulder and pats himself on the back. Tell us more about foster care?

"You'll have to wait until my book's out," he says, more than once, reluctant to tell all. "Why are you so interested anyway?" He thinks again. "One thing I'd like to go in the feature is that I go to certain academies to inspire kids. I want to be an example to them. To show them what they can do. My journey has been amazing. And if I can come out of the Olympics with that gold medal, right in the middle of the place where I struggled, where the heartache was, it would be special."

"I owe a lot to a lot of people - I go back to PE teachers, friends and family, the people who helped me between the ages of 14 and 18."

Struggle is a constant of his story. Not just the struggle from poverty but his ongoing struggle to emerge from the shadow of Jonathan Edwards, his one-time British rival who still holds the triple jump world record 16 years after he set it; his struggle against injuries that left him frustratingly inconsistent; his struggle against those who derided him as flaky.

Now the 32-year-old, perched on a high jump mat at Birmingham's Alexander Stadium where he takes part in the Aviva Grand Prix on Saturday, is contented. He has succeeded against the odds.

He feels no great compunction to explain himself or his actions. Take his view on Edwards, gold medallist in Sydney in 2000, when Idowu was sixth.

"Was Edwards good with you as you were coming through?" I ask. Long pause. Laughter. "What do you think of his criticism of you on the BBC?" "Yeah, I don't really care, to be honest." 'Do you speak?' 'Not really.' 'Do you think you will ever get along?' 'Do we need to?' More laughter.

One theory is that Edwards and he are opposites. One is the privately-educated son of a vicar; the other of Nigerian descent and a graduate of the university of life.

"It's got to be more than that because I get on with people from all backgrounds," says Idowu. "I believe Jonathan does not understand me. I'm aggressive when I'm competing. He thought that was me, but I am not like that out of competition."

Take his view on missing last year's Commonwealth Games in Delhi after a bridge fell down in the chaotic build-up to the infamous event. It was a non-show that inspired one of the country's top sports columnists to call his excuses "a steaming heap of melodramatic, self-serving claptrap."

"My Commonwealth silver in Manchester in 2004 was the first international medal I ever won and four years later in Melbourne it was my first gold." says Idowu. "The Commonwealths mean a lot to me, but my safety and my family mean more. I'm not bothered what people say about me not going to Delhi."

Daughter D'Karma, and son Prince, are 'massively important' to him. It is they who provide the framework to his day. "I have to get up to do the school run, so I might as well go training", he says, bizarrely, as though he might not visit the sandpit otherwise.

"The kids have been to a few meets and I don't think I've performed well. They will be at the Olympics, but they have been warned: don't go on the days I'm competing. I would help with the buggy or worry where they are sitting."

When we meet, his hair is dark rather than the red he favours for competition. He wears a baseball cap, the letter P on it. The peak is forward to start with, and swivelled to the back for most of the interview.

His trademark piercings are dotted around his face. He is injury-free and working hard to improve upon the 17.60metres that he can do 'week in, week out' to a consistent 17.70m/17.80m. His personal best is 17.81m, the winning jump at last year's European Championships. Edwards' record is a distant 18.29m.

His schedule is geared, however, to the ultimate prize at the Olympic Stadium in east London next year, via the defence of his world title in Korea this August against the likes of Sweden's Christian Olsson and France's Teddy Tamgho. So, how will he feel when the Games come to his home city?

"I won't be nervous at all in London," he says. "First and last jumps are the same to me. I put that down to my roots. I've got nothing to lose. I set high standards and can be hard on myself. But if I don't perform well, I can't see that as a disappointment because of where I've come from to where I am. It is a massive leap in the first place."