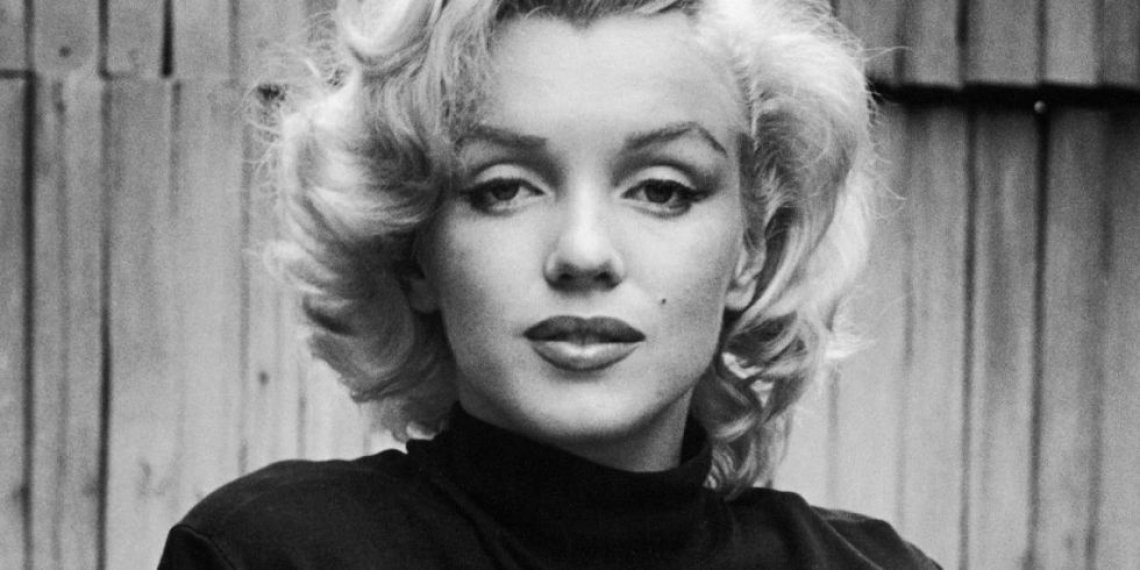 Marilyn Monroe, born June 1, 1926, became one of the most famous and best-loved movie stars of all time. It's been nearly a half century since her death, yet her image is still, in most Americans' view, the ideal of female glamour and beauty.

Her life story, however, falls far short of ideal, and Marilyn to overcame many obstacles to achieve fame. Marilyn was born to a single mom in a time when it was shameful to have children outside of marriage. It was an age when most women did not have jobs outside the home, when women were paid very little for the few jobs that were available, when it was nearly impossible to raise a family on one's own. From the very start, Marilyn's life with her mom was a struggle. Her mother was declared legally insane and was admitted into an insane asylum. Marilyn then spent the next two years in an orphanage before living with a family friend for four years.

But Marilyn's early life had even more serious problems. She suffered greatly because she never knew her father. She longed to hear about this man whose absence drastically affected her whole life.

Marilyn remembered, "There was one object in my mother's room that always fascinated me. It was a photograph on the wall. Whenever I visited my mother I would stand looking at this photograph. One day she lifted me up in a chair so I could see it better. 'That's your father.' she said. I felt so excited I almost fell off the chair. It felt so good to have a father, to be able to look at his picture and know I belonged to him. And what a wonderful photograph it was. He wore a slouch hat a little gaily on the side. There was a lively smile in his eyes and he had a thin mustache like Clark Gable."

"Mother said, 'He was killed in an auto accident in New York.' I believed everything people told me, but I didn't believe this. I asked my mother what his name was. She wouldn't answer. Years later I found out what his name was, and many other things about him -- how he used to live in the same apartment building where my mother lived, how they fell in love and how he walked out and left her while I was getting born, without ever seeing me. The strange thing was that everything I heard about him made me feel warmer toward him. The night I met his picture I dreamed of it when I fell asleep. And I dreamed of it a thousand times afterward."

she inspired me to be an awesome actress!

Keep faith in yourself and never let it go!

this is very touching

Sorry the citing isn't better on this story. Some of our Foster to Famous stories are better cited than others at this point. We are looking into creating a Foster to Famous publication. At which point, we would take a closer look at the stories and make sure they're added to each page.

i writing a report right now and im looking things up and this kinda help but it showed no support for the statement.

its very touching.... i never knew she was in foster care... but we all learn new things!

i love her, she is so pretty, but i thought this was about them being in foster homes but it didn't say anything about that

Marilyn Monroe, a great entertainment figure have been so controversial since she died many years ago. Another great personality in entertainment died recently, she was Travers. Actually I really love this artist, singer.Mary Travers death came after a long battle with leukemia. She was 72 years old, and the music she made with Peter Yarrow and Noel Paul Stookey will live on.Their songs like “If I Had a Hammer” freely espoused a liberal sense of social justice. “Lemon Tree,” “Leaving on a Jet Plane” and “Puff, the Magic Dragon” are just a few of their award-winning hits. They helped bring Bob Dylan into America’s popular music consciousness and also opposed the war in Vietnam. In sum, the music of Peter, Paul and Mary gently informed the American mainstream that it was OK to question the way things were going in their country. For me, they have been a great comfort.That’s what Peter, Paul and Mary were all about, and Mary Travers’ voice stood for patriotism, authenticity and holding true to what you believe. A simple message with simple yet beautiful music can reach people of all ages, without the aid of payday installment loans to fund a glitzy ad campaign with 70-foot tall Hannah Montanas and Kanye Wests. Mary Travers and her goateed companions were honest. Their sense of justice rang like a freedom bell.