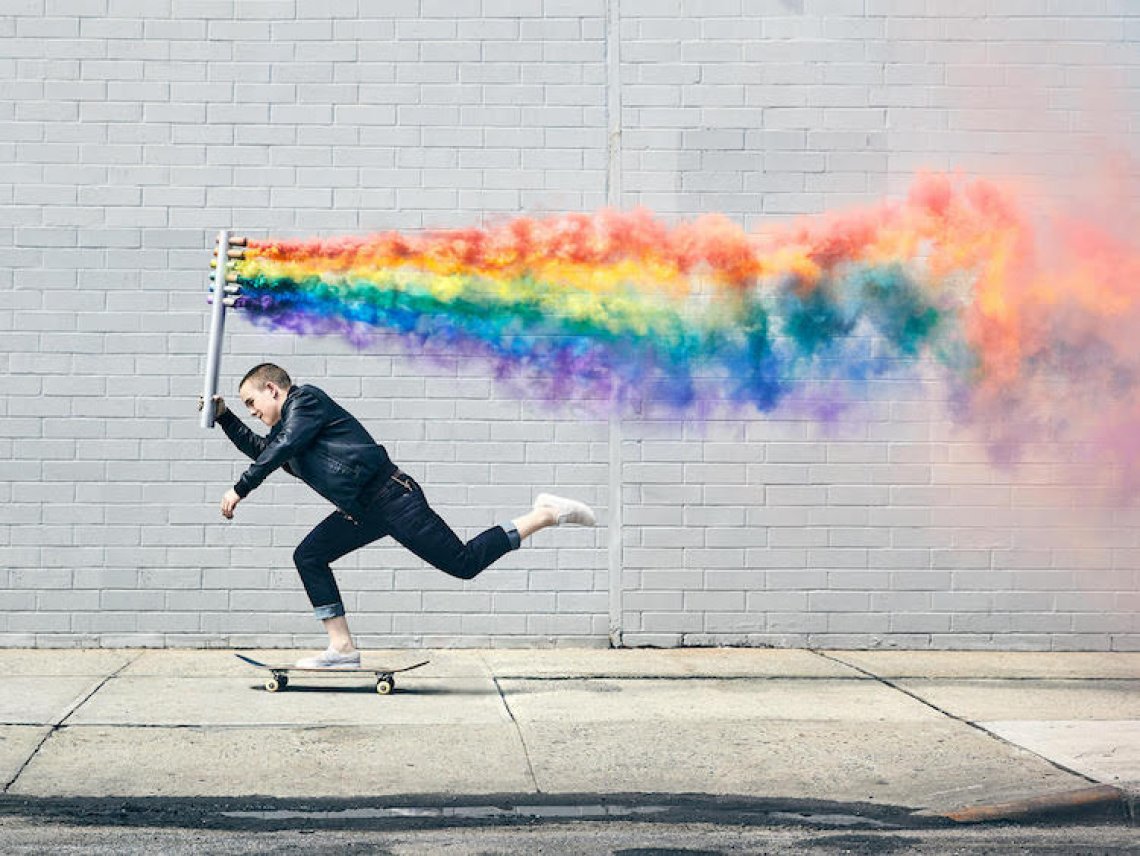 Lacey Baker started skateboarding a few months after she started walking. She was two, briefly living in foster care in Southern California, and couldn't stop staring at the half-pipe set up in the backyard. "I was obsessed with watching my foster brothers skate," she says. "They asked me what I wanted for Easter and immediately my answer was skateboard." From Covina, California, Lacy was born November 24, 1991.

Today, Lacey is said to be one of the best female skaters in the world. The 25-year-old pro’s distinctive skateboarding style and personal style have earned her cult status and, now, a coveted relationship with Nike, which today named her the newest member of its famed skate team. As a queer woman who has joined the brand’s great skate roster, she also represents a benchmark in the 60-year history of the sport—one that, despite its nonconformist beginnings, hasn’t always been so kind to outsiders.

At 14, the age Lacey turned pro, became one of the youngest X Games medalists ever when she earned Women's Skateboard Street bronze. Today, she's a full-time graphic designer who has kept her skills sharp enough to earn X Games medals. Baker's assortment of creative lines and flip tricks make her tough to beat, and the video part she dropped in 2013 is heralded as one of the best female parts ever.In 2006, Baker placed first in street competitions at both the Canadian Open in Toronto and the Slam City Jam in Calgary.  In 2017, she was the only female skateboarder to be nominated for an ESPY Award in the "Best Female Action Sports Athlete" category.

In addition to becoming a world-leading skater, Lacey has become an advocate for breaking down gender barriers. "Gender is a social construct to begin with. The whole reason why girls wear pink and boys wear blue is because that's been ingrained in our society. It doesn't really need to be like that. And there's actually a huge gray area for people that maybe were born female but don't feel that way or vice versa. What about those people? They're alive too. And they matter," says Lacey. "I feel like skateboarding could be a good place for them, for us—because it's such an individualistic sport. There really should be no constructs, but I feel that the way the industry has gone, it only allows for you to be one way if you want to be in it. So hopefully, we can break those barriers down and be more accepting."

Lacey didn't stay in foster care long, as she was reunified with her mom. However, she still credits her introduction to skateboards occuring during her time in foster care.

Check out a video of Lacey - and read more about Lacey in Rolling Stone, Vogue, and more!

This Pro Skateboarder Wants the Skate Industry's Views on Women to 180, Vice.com