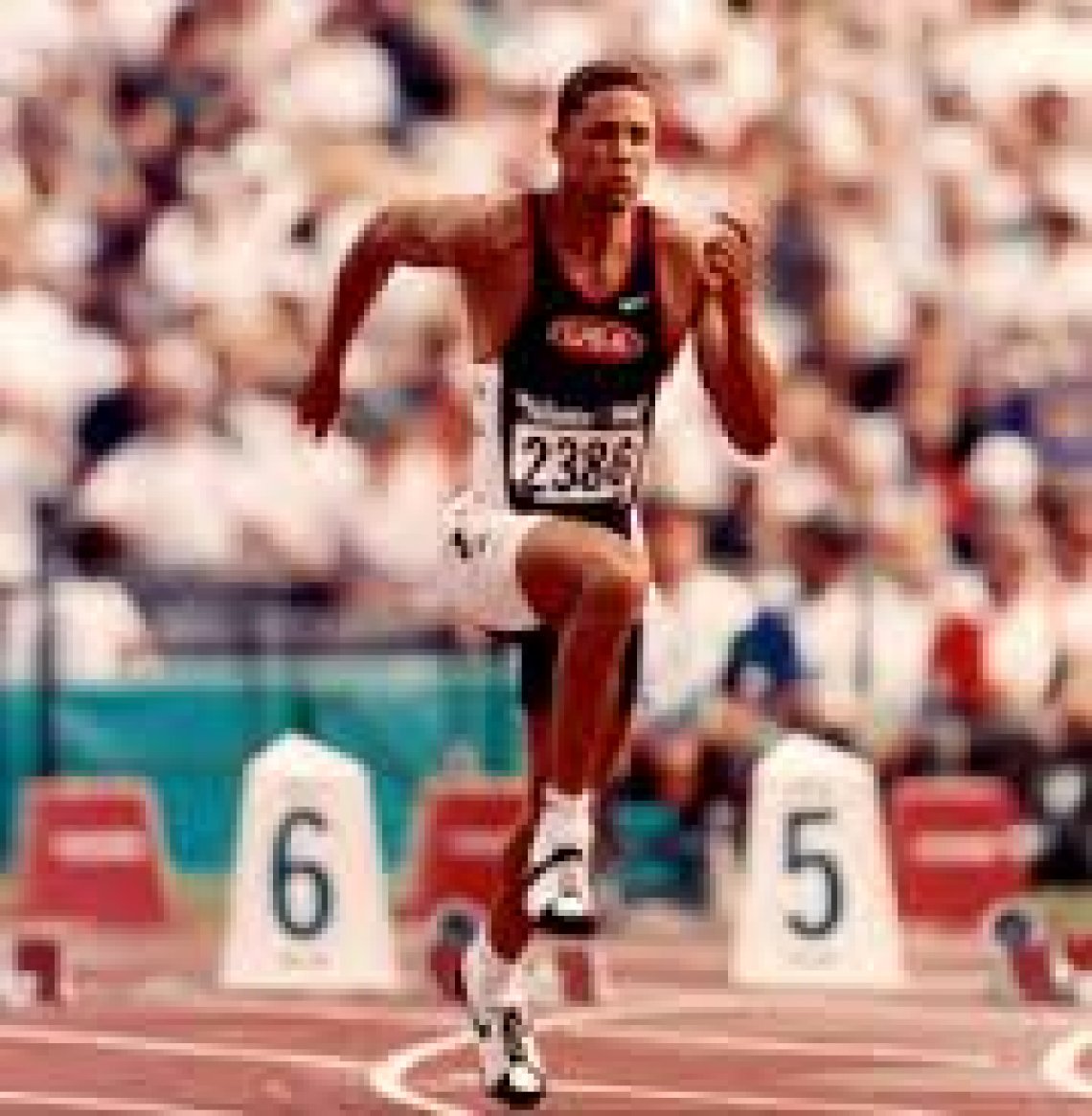 Dan O’Brien is considered by many as “the world’s greatest athlete”. His specialty is the decathlon, a collection of ten track events that includes the high jump, long jump, pole vault, javelin, discus, shot put, the 100, 400, 1500 meter runs, and the 110 meter hurdles. The decathlon is a grueling two-day test of endurance, will power, speed, agility, strength, athletic ability, and is one of the most difficult events in the Olympics. Dan O’Brien world class achievements in the decathlon include:

These and his many other track records didn’t come easy for Dan – he had many obstacles to overcome. Dan Dion O’Brien was born on July 18, 1966 in Portland, Oregon. His birth father was African American and his birth mother was Finnish and white, and at the time of his birth, both were college students. They decided that they were not in a good situation to make a home for a child, so they gave him up for adoption. The sixties marked the beginning of the Civil Rights Movement in the US, and in those days, it was very difficult to find homes for mixed race babies. Dan was not adopted right away, and spent the first years of his life in a succession of foster homes. Even at such a young age, lessons Dan learned in foster carried forward into his life.

Dan’s adopted parents tell how, when he was little child, Dan never cried. His experience in foster care taught him it was better not to cause trouble, so he didn’t cry when he wanted his own way or when he was in pain. His mom says that it was like someone taught him not to cry- he would make little noises like crying, but tears never came out. Even as an adult, Dan says he has difficulty expressing emotion.

Another experience in foster care that Dan carried to his adopted home was that he always wanted someone around. His parents say that when he was little and they left him with a baby sitter, they would have to assure him over and over again that they would return back home. They feel his insecurity was the result of other parental figures in foster care who said good-bye, then Dan would not see them again.

Dan grew up in Klamath Falls, Oregon in a converted barn with nine bedrooms. There was plenty of room for the white couple, the O’Briens, who adopted him, their two natural children, and their other 6 adopted kids. Dan’s brothers and sisters included an American Indian, an African American, a Mexican American, two Korean Americans. Dan was the youngest in this multi-ethnic household. One of the many advantages he received growing up in such a diverse household, Dan says, was that it cultivated his great interest in all cultures. One of the difficulties growing up in such diversity was that he felt he had no role models. Although he loved them very much, he knew he was different from the other members of the household. He knew he didn’t fit in. He wasn’t black and he wasn’t white.

As time went on and Dan learned more about black culture and met other multi-racials, he learned that it “fitting in” did not matter to him so much.

Dan’s dad talks about his son’s childhood with enthusiasm. He relates that when other two year olds were toddling around, Dan was jumping off tables and running around the yard. He had great physical coordination and a lot of energy, too. As Dan grew older, school work came easily, although his teachers reported he was somewhat hyperactive. Sports was a great way to work off his energy. Dan was growing very tall and muscular and in high school, he excelled in football, baseball, basketball and track. He had natural ability. He didn’t have to work too hard to excel. He had enough natural intelligence so he could get away without studying in class. He was too restless and too distracted to concentrate on studies, anyway.

By the time he was a senior, Dan was an athletic standout. He was All-state in football and in basketball. In track, his performance was spectacular. He was 6 feet 2 and 180 pounds. He was fast and strong and seemed to excel in any sport he tried. It seemed natural for him to try the decathlon. Before the school year ended, Dan entered the USA Junior Decathlon Championships and placed fourth even though he hardly knew shot put, discus, javelin, and pole vault.

Dan was off to University of Idaho on a college scholarship. He had hoped for other scholarship offers, but his grades were not impressive. He had never really studied and he wasn’t a good college risk. At Idaho, he was a very good athlete, a very nice kid, but had never been away from home and was mostly interested in parties and having fun. He didn’t study. His grades got worse and worse and finally made him ineligible for team sports. Finally, still partying, Dan lost his college scholarship. He was out on the street, depressed, and too ashamed to go home. He was rescued by his former coach who helped him enroll in a local junior college, work full time and train. Dan really paid for all those party days. He learned to work hard and forget about socializing for awhile. Around this time, Dan also learned that his difficulty concentrating on school subjects was ADHD (attention deficit hyperactivity disorder). He doesn’t consider that an excuse for failing out of school, but it helps him understand what was happening to him during those early college years. Today, instead of using prescribed drugs, Dan uses natural techniques to overcome ADHD.

Dan O’Brien went on to compete in decathlons setting world records by overcoming obstacles, mostly physical injuries. Today, he devotes time to the Dan O’Brien Youth Foundation “to show kids it’s cool to get your work done instead of goofing off and being a jerk. There are three programs: The Citizenship Decathlon, a ten-week program modeled after the decathlon; the Work Hard In School Program for at-risk kids; and the Summer Decathlon Challenge. They all offer programs that provide strategies to turn failure into success”

DAN SAYS: (to Zaslow, an advice columnist for the Chicago Sun Times)

I have heard the horror stories that many biracial children tell. He had to overcome the hurdles of feeling unlovable, and not fitting in. I am happy to see him achieve so much.