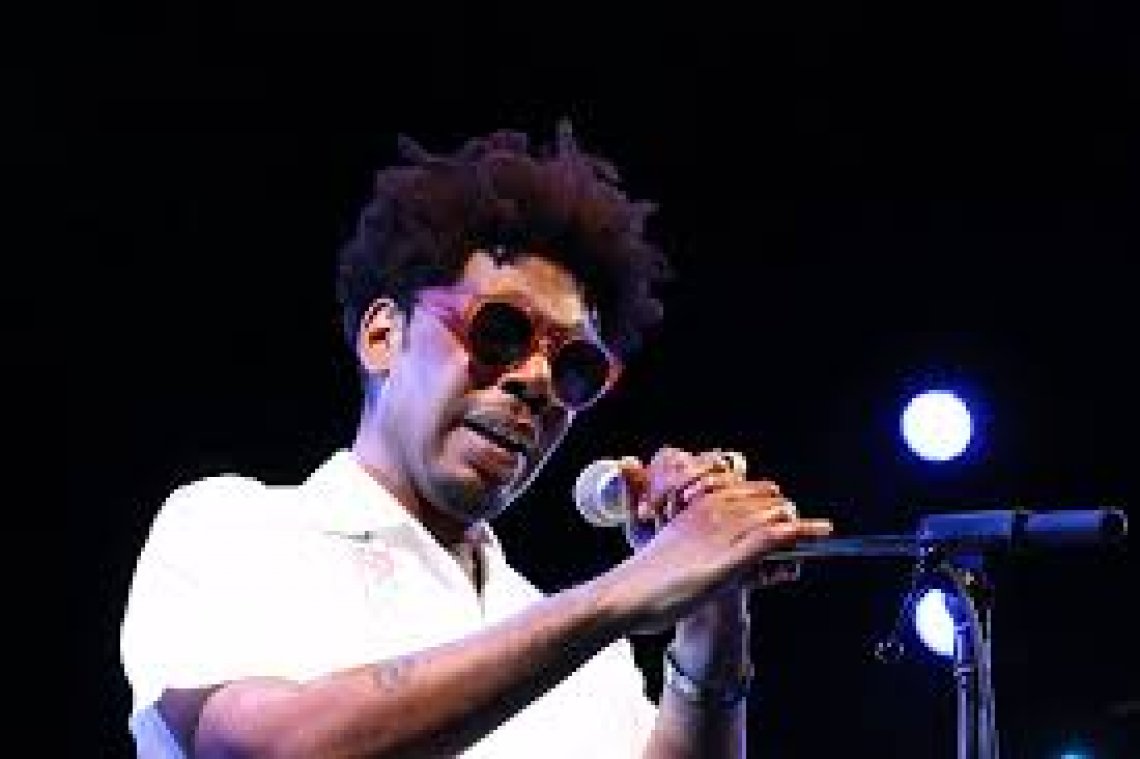 Carl Hancock Rux has a rich, deep, low toned, striking voice. Usually backed by a band and singers, he uses his gift of an unforgettable voice to perform poetry that he has written himself. To experience his powerful performances makes you realize why the New York Times Magazine selected Rux as one of the thirty artists in the US most likely to influence culture in the future. Rux has the ability to reveal with passion and tenderness, with fervor and understanding the incidents of his early life and the views he holds as a grown man.

The details of Rux’s life appear in his poetry. Born in Harlem in poverty in the 70’s, conceived on a rooftop (“Wasted Seed”), Rux never knew his biological father. His mother was mentally ill - a paranoid schizophrenic and was uneducated. He saw and thought he caused his grandmother’s non-violent death (“Blue Candy”).

Rus was raised in the South Bronx in foster care. He was a loner as a child, and at the age of 4, began telling himself stories. “I didn’t really have anybody else to talk to”, he says, “so I would tell myself these stories and draw them. There was so much I didn’t know about my family, and, when you start off with all these mysteries, all these unanswered questions in your life, you need a narrative. I was inventing a narrative for myself that was sort of like urban Fantasia. It had its own kind of fantastical urbanity, but it was also kind of mystical. It was like, “Yo, this is my Alice in Wonderland, or my Jack and the Beanstalk.”

Even though Rux’s adult work doesn’t include this early fantasy and make believe, it does reflect his troubled past and personal ideas, exploring issues about family life, sexuality, life in the city, and racial issues. His performances are provocative, intensely personal, direct and reflect his wide experiences. Rux was educated at Columbia University and has lived and toured across the world.

Carl Hancock Rux shares some thoughts on his life:

“I’m very clear about being a writer. When I write for the page, it’s its own thing. It was really around 1990, just around that time I was going to Nu Yorican (Poets Café), that I was interested in the sounds of words and what they communicated. I grew up around a lot of music and…my relationship to music has always been kind of strange. It’s always been a real emotional relationship. I was a foster kid for years, adopted when I was 15. The family I was adopted into, there was lots of love and support, but it had its own dysfunction. My adoptive mother….was an alcoholic. My adoptive father was abusive to her. But they were these avid jazz fans. They were born and raised in Harlem and spent their entire lives going back and forth to all the great jazz clubs up in Harlem. They had the most incredible record collection. At the same time, I was observing the depression and the alcoholism and the abuse, and it had its own relationship to the music and how I perceived it and how I felt about it. That was one of my only musical educations, and that was an important one.”

“ Discovering my voice as an artist happened around 1990. I had a brief reunion with my older brother—I have two biological brothers—who moved to New York and we kind of found each other. He lived in Brooklyn and I was in college. And I moved to Brooklyn so we could hang out more. Then he got really sick, he had AIDS and he died. All this happened in a year –meeting him and then becoming his primary caretaker, because we didn’t have anyone else. (Finding him) was happy for a moment and then wham! He died. It kind of upset the foundation of my world. It disrupted the foundation of my belief, whatever belief I had at that point in anything. (“Gut Bucket blues”)

That was the moment I grew up and realized, ‘yeah. I now need to begin this journey. Because, before that, I just kind of went with the flow: yea, daddy’s beatin’ momma’s ass, she’s an alcoholic and…you just kept going, kept moving, as people do. Then one day you crash and you realize. That’s when I found my voice, as you say, as an artist, because everything I needed to investigate I was kind of able to investigate through my work. That was my therapy…and I actually went to therapy, too.”

“I was displaced…Even though I was adopted, I was never called ‘son’. I never called them ‘mother’ or ‘father’. Only recently and I mean recently, in the last six months, have I started to realize I’ve become of comfortable with being around families, happy families, which is something I couldn’t do before. I would have friends who would invite me over for Thanksgiving or Christmas and there would be these families…and I couldn’t stand it. I have not celebrated Christmas or Thanksgiving or any of these holidays since I was 15 years old, really.”

As Rux explores his troubled past, he shares his personal thoughts and insights with his audience. His solo album is Rux Review (Sony/550 Music). To better get to know Carl Hancock Rux,