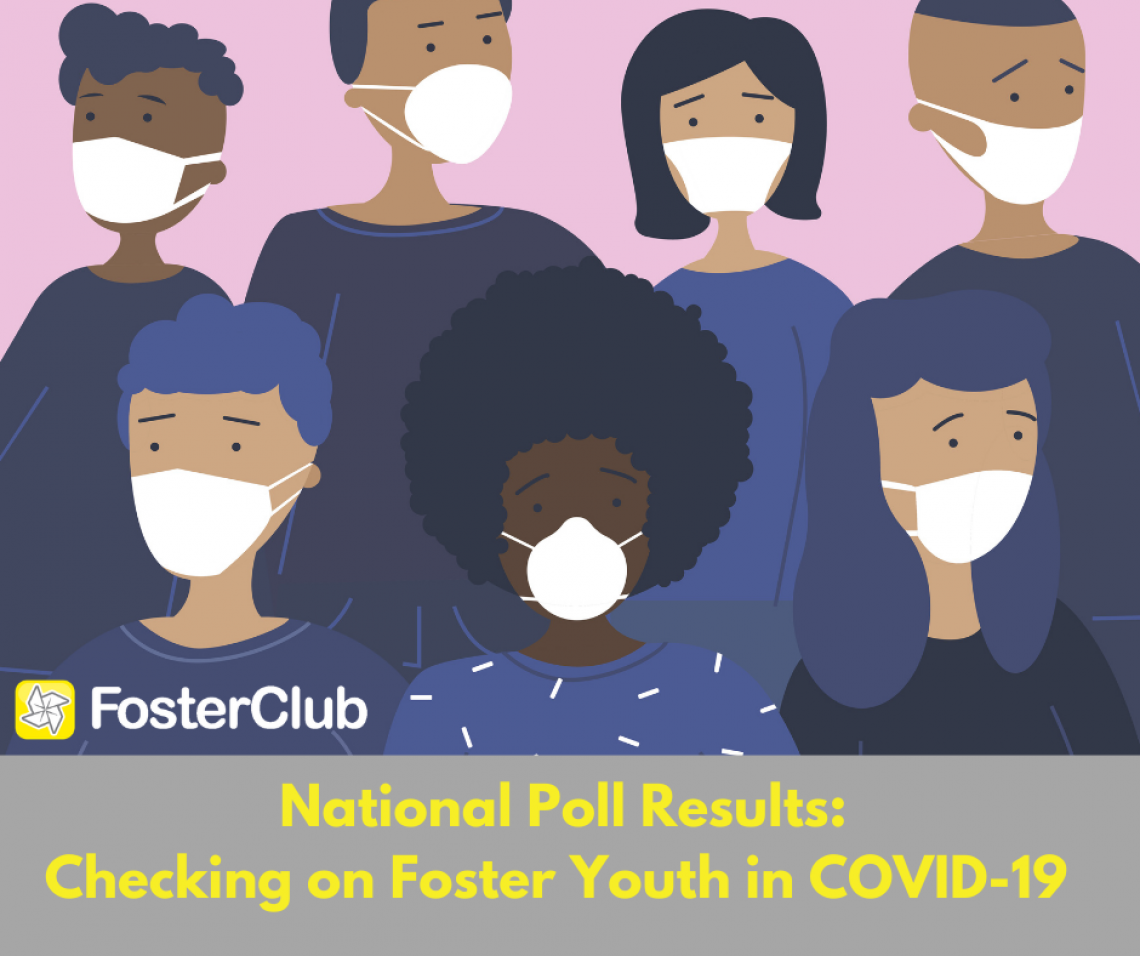 Like our earlier polls, we asked young people about their needs in light of the pandemic, specifically related to access to stimulus aid, employment, education, unemployment benefits, housing, food security, health and connections. Again, similar to earlier findings, this poll continues to reveal how COVID-19 has caused young people with lived foster care experience to lose employment and housing, to face food insecurity, to struggle to get health care needs met, and become increasingly isolated as many do not have significant relationships they can rely on for financial or emotional support. Not surprisingly, young people between the ages of 18 and 24 who were still in foster care reported having more information, greater access to resources, and better housing stability than those no longer in care. This underscores the growing understanding in the field of child welfare about the critical importance of providing federal and state assistance to young adults during this final developmental period in adolescence, particularly during a crisis like COVID-19.

Check out the key findings below.

When I entered foster care, my family was torn apart. I was separated from my siblings. I moved from placement to placement. Love and friendship were elusive concepts for me. It’s not that I lost friends every time I moved, I simply never made them. I ultimately “aged out” of the system without a family to support me. Young people like me who age out of foster care do not have this luxury. The decisions we face everyday, how we will pay our bills, put food in our mouths and keep a roof over our heads or simply just some helpful advice and someone to be there and say say how good we are doing in life. Everyone thrives on positive motivation and love. Everything I do I do without the guidance or support of a family. I am currently homeless and without a job. The pandemic has made it much harder on me and much more stressful. If I can just get ahead for a sec I think you things could be alright or turn around and I would be seeing the positive things in life. Right now unfortunately I’m depressed and barley motivated to see why it is to even keep going or pushing through al these hardships and times because I’m surviving day to day trying to figure where to stay for the night or how I should get to eat. Lately it seems the people that wanna help are out to steal my belongings I have left or out for there own agenda. I’ve lost allot lately and I can’t afford to loose anymore and belongings or sanity in that case. I really need some advice as to what to do. I know gettting a job would be the first step but not knowing where you’ll be sleeping one night and how I would make it to work I’d rather not get a job and be irresponsible by not being able to make it on time or there that day. I wanna know before starting a job that I will do as i signed up and promised to do. I don’t want to look bad or loose a job, knowing that in the beginning I wasn’t fully prepared because I would get even more depressed and then I’m sure I’d get more deeper into this hole than I am. I just could use some advice or help on what to do next or how to get out of this situation without having to stay at a shelter and someone just telling me things that arnt necessary helpful at moment or could actually help me fast. My phone number is 15307909470