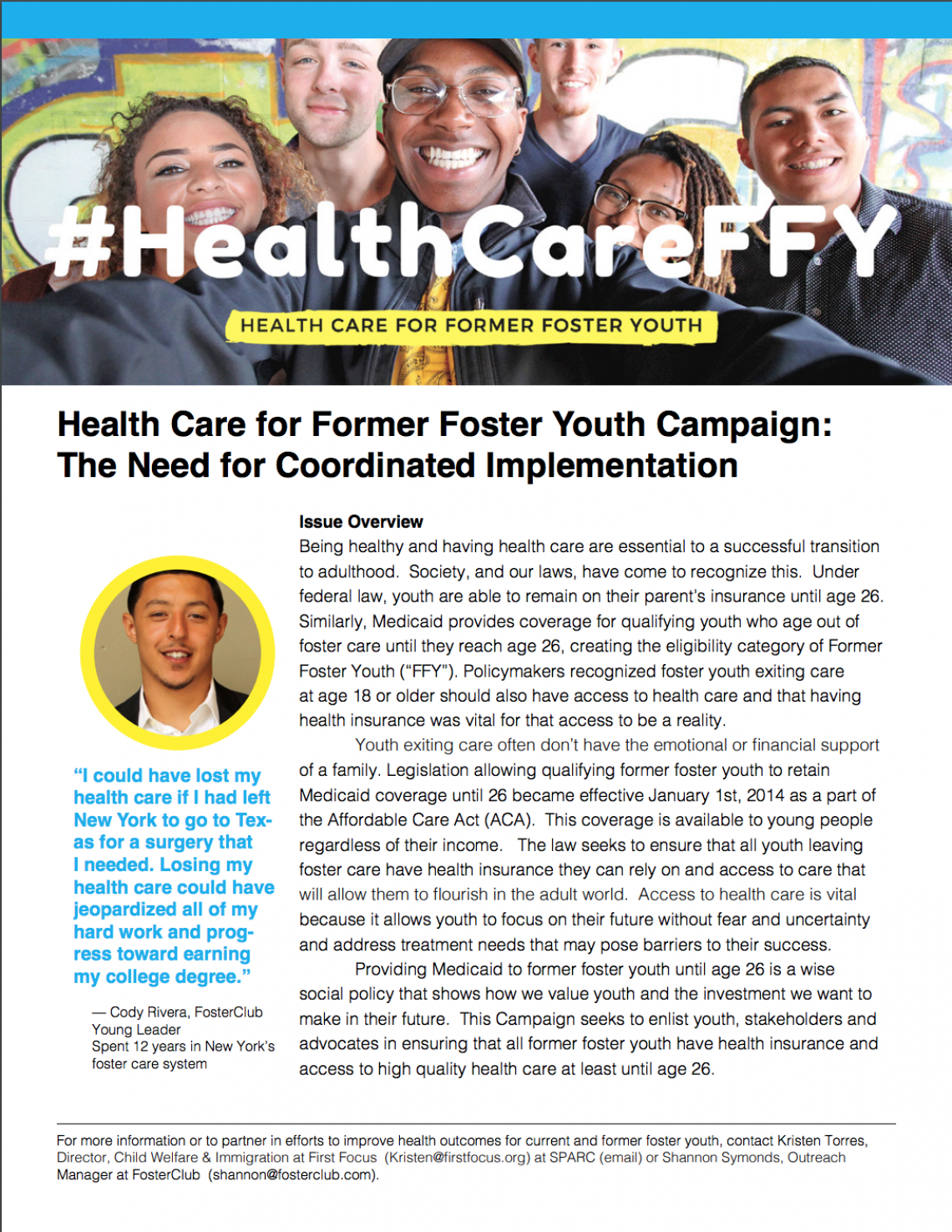 The #HealthCareFFY Campaign, a collaborative project spearheaded by FosterClub, First Focus- State Policy and Reform Center (SPARC), and Juvenile Law Center are excited to announce the release of the first Issue Paper: Youth Who Relocate From Another State. Jessica Haspel, Children's Now Senior Associate for Child Welfare Policy joined the team, lending her expertise and sharing California's noteworthy practices around covering former foster youth (FFY) who relocate to California under the Affordable Care Act (ACA) provision granting Medicaid to FFY who relocate to another state.

June 19, 2018, #HealthCareFFY hosted a webinar where experts explored the complicated issue of insuring FFY who relocate.  Listen to the recording, view the slides, and learn ways to improve your state's implementation from experts and youth impacted by current implementation policies.

The Issue Paper, "Youth Who Relocate from Another State," not only explains a state implementation challenge impacting FFY ability to be covered by Medicaid but it explores what states need to do if they choose to cover FFY who relocate to their state.

Currently, only 9 states cover a FFY relocating to their state.  A young person who relocates from the state they aged out of foster care to another state (whether to attend college, live with relatives, relocate for a job opportunity, or any other reason) runs the risk of losing eligibility for health coverage under the ACA’s former foster youth provision.

Learn what steps you can take to work toward coverage for youth in your state, as a foster parent informing youth in your care, or get an update on current work being done in Congress to correct this issue.

I agreed that in video that was shared is educational

Everything is explained correctly

I fully understand everything I read and watched