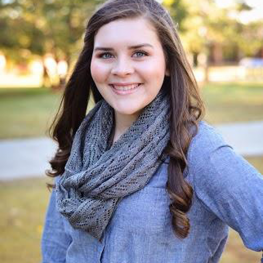 Megan Mitchell Parker spent 2 years in Texas' foster care system. Megan is a student at Oklahoma Christian University who comes from 2 years in the Texas foster care system. She is studying early childhood education in order to achieve her dream of becoming a middle school teacher. At her university, Megan has been active in Gamma Rho social club, been the vice president of student government and president of student outreach, and was nominated for Homecoming court based on her involvement and merit. Miss Mitchell has been involved with giving back to her community since early in college when she led a mission trip. She spends her summers as camp counselor and has served children in Tanzania as well. Megan hopes to become a teacher upon her December graduation, working both domestically and internationally.