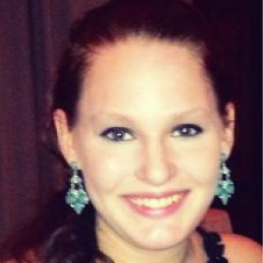 Tracy Powers spent 2 years in Massachusetts's foster care system. Tracey was placed in care at 13 when her family filed a CHINS (Child in need of services) petition because of her mental health issues. “My family and I did not intend to walk out of the courtroom separated but that’s what happened.” Tracey was fortunate to have a caring and supportive family and felt a bit out of place among her peers who had experienced abuse and neglect. She was placed for less than a year, lived in 4 different foster homes and changed schools multiple times. “I come from a middle class family and this bombshell that dropped on us. I switched schools and was bounced around to a bunch of different houses.” Two years after coming home she was hospitalized again for mental health issues and went to Northeast Family Institute (NFI) for residential placement for 9 months. At 18 she went into the independent living program. Tracey now works with Northeast Family Institute. “I now worked alongside the people that use to be my staff. I left at 18 and began working there at 20. It was odd being on the other side,” says Tracey. “I want to work there because when I entered I wasn’t in the best space. I find the work the staff do really important and I want to be a private motivator. It’s like, I was successful and I can help other people be successful in the same way.” Tracey and the other staff at NFI have not told the youth she was a resident. “I can see both sides because I’m was staff now but I also know it feels for the youths.” Tracey has worked with Express Yourself, an organization that gathers youth from the Department of Mental Health and the Department of Children and Families in Massachusetts, for the past 7 years. In 2009 the group she worked with won the Coming Up Taller award given by First Lady Michelle Obama at the White House. “That was one of the first times I felt things come full circle. It was a big part in making me realize that I wanted to improve the system for other youth.” Her primary job is as a therapeutic mentor at Lahey Health Behavioral Services. She is also a youth advocate for the Systems of Care committee in Lowell, Ma where she helps represent youth in mental health cases in the Lowell area. She is currently getting her Masters in Public Health from the University of New Hampshire. She graduated from the University of Massachusetts Lowell.