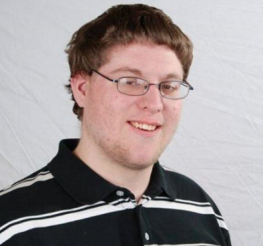 Schuyler Davis spent 14 years in the Oregon foster care system, experiencing 40 different placements and homes. After aging out age 21, Schuyler started “Project Foster Kids USA”, an organization that raises awareness and donations for youth in the system who experienced abuse or neglect. Currently his organization operates in two counties within the state of Oregon.

Schuyler works for Harmony Event Medicine, The American Red Cross, and works with kids as a Personal Support Worker.  In the future, Schuyler wants to expand Project Foster Kids USA nationwide and become an EMT/Paramedic.

Schuyler is a former onscreen actor. He has appeared in several educational videos. In 2013, he auditioned for X-Factor. He enjoys singing karaoke and hanging out with friends. Schuyler aspires to continue his advocacy work and is known for his sense of humor when things are down.