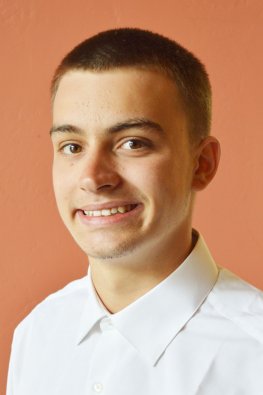 Years in care: 12 After being introduced into the foster care system at age 7, Nick's journey included challenging obstacles including transitioning over 30 times while living in foster care. During high school Nick decided to play football. Nick felt because football was a contact sport it ultimately helped him achieve goals and channel the stress he had accumulated. Nick graduated from Cimarron Memorial High School one year early in 2014 due to his hard work, dedication and advanced placement classes. That summer Nick was accepted to The University of Las Vegas Nevada. Nick began mentoring and advocating for other children in the foster system through biweekly regional outreach training. Through continuous dedication to Independent Living, Nick was offered an opportunity to serve on the Nevada Youth Advisory Board. Nick was also offered a position in the Las Vegas Fire Department Rookie School through a referral from his professor. Advocating for foster youth is something Nicholas has been passionate about since his childhood. Nick believes the power of his voice and compassion could prevent future traumatizing experiences for foster youth still to come.