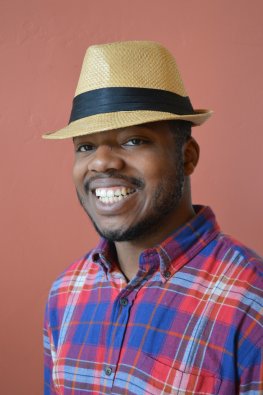 Years in care: 18 The foster care experience was interesting, hard, patient, learned, and shape-shifting. It has really made people who they are to this day. Foster care has helped him to see the brighter side of the beauty in life. It had been very rough but by the grace of God, people have pulled through it all. The greatest achievements that he has accomplished is receiving FosterClub's Outstanding Young Leader award in 2015. Also many other awards, including the leadership award that he achieved at camp and school. He was also honored as student of the month in school. He has been apart of the Chaffee organization and on their Youth Advisory Board as well. He is a sophomore in college now and for his job, he works at McDonalds. Nicholas plans to have a music career in the very near future. He wants to use his sophomore year of college to pursue that, and get an education. Writing a book is definitely in store for Nicholas's up and coming years on this Earth. He wants to do missionary work around the world, and give to third world countries. He likes to do outdoor activities and like to play ping-pong. Good food is something that plays an important role in his life. Nicholas is also is a Christian rapper as well. He has his own studio and plan to work with one of his favorite artist someday.