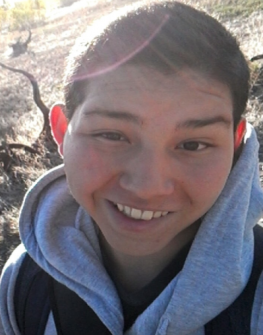 While in the foster care system, Maximiliano participated in Youth Prevention Councils (PYC), his high school Student Council, and the National Honor Society. Max is one if the founders for Youth Prevention Councils and has been actively involved ever since, planning for project like art galleries and PYC booths at events such as health fairs, just to name a few. In student council Max was appointed chair men on executive council by his principal. Max plans to run for president of National Honor Society this upcoming year.

Maximiliano also was the Freshman of the Year for Del Norte High School, Top of his Theater class for Upward Bound, and announced Del Norte sports home games. His Freshman year he finished strong with all A’s. His Sophomore year he received an award for almost all of his classes. He finished with a GPA of 3.8.

In the future, Maximiliano wants to attend college to study Astronomy for his love of the stars.