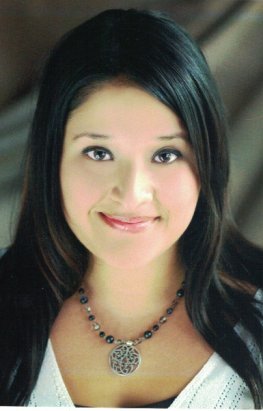 Lupe spent virtually her entire life -- 20 years -- in Arizona's foster care system, waiting for a permanent, loving family. During this time, she moved more than 11 times, enrolled in eleven different schools, and lived with more than 35 foster brothers and sisters. "I moved around so much while I was in foster care that I never had friends for more than a year at a time," she recalls. The frequent moves and uncertainty that characterize long term foster care meant that Lupe switched schools every time she moved placements, and lost her sense of self-identity. In spite of this, Lupe graduated from high school and from Arizona State University with a degree in psychology. Now twenty four, Lupe serves as the program coordinator for In My Shoes, a non-profit peer mentoring agency. She also held a year commitment with FosterClub, which allowed her to spend a summer traveling the United States facilitating independent living conferences for youth in foster care. Lupe is happy, and is creating a stable, balanced life for herself. For youth still in foster care, she hopes that federal reform can occur so that they can spend less time in foster care and more time in permanent families. "I think of all of the young people who are, or who have been in, foster care across the nation as my brothers and sisters. More than half a million children and young people are now in foster care, and 12 million people who have been in foster care are out there in the world. I want permanence for all of them."

Lupe-- Happy birthday, birthday twin.Hope all is well with you. Kathy

I want to say that you are such a good romodel and want to thank you.

Jerome! Thanks for the message, you can email me at [email protected]! Hope you and your brothers are doing GREAT!

Thanks for the compliment and for the birthday wishes!