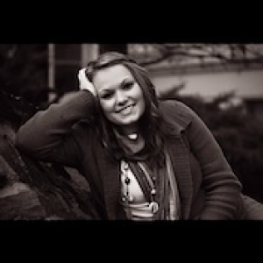 Kameryn Brock spent 2 years in Oregon's foster care system Kameryn, a college student at Northwest Nazarene University in Idaho, has always had a heart for volunteering and a natural ability to lead. Kami now double majors in Social Work and Youth Ministries, and is working hard to obtain a masters in both areas. She has plans to excel further with her Social Work degree and through that, has a plan to reform foster care. Kami entered foster care as an older teenager; only spending 2 years in the system, although her childhood years at home were filled with chaos, neglect and a lot of abuse. Her natural leadership began and developed out of necessity. She helped raise her younger brothers while her parents were unable. One of her younger brothers began calling her mommy. All three were removed and they were separated. After many bad foster homes,Kami decided her life was up to her and nothing was going to stop her. She entered high school promising herself she would do better than her drop-out parents. With the determination to not take the same path as her parents, she lived independently during her entire senior year of high school. Kami’s diploma did prove her strength, leadership and prove children from foster care can rise above their life’s trauma’s to become successful. Kami began volunteering early on with her church youth group. She was quickly filled a leadership role. The team met often to discuss leadership roles and strategies to help the group. She continued through high school to be involved. Choir was one of those ways, receiving an award for Best Choir President her senior year. Now at college Kami continues to volunteer with campus groups at NNU. She started a Foster Youth Support Group last year. Through her childhood having faced many abuses Kami feels the trials she walked through, gave her the opportunity to minister to a variety of people. Foster care was tough, but it taught Kami patience. Every unfortunate circumstance that she came across she has used as an opportunity to grow, gain knowledge, and prepare herself to serve others. Having been in foster care and learning how the system works has prepared Kameryn to work with and mentor other youth who are currently in or aging out of the foster care system. Kameryn’s main goal in life is to make a difference in the lives and communities around her. She says freely, “Foster youth are crucially important if the foster system is ever intended to reform. If our stories weren't told, what proof would there be? We have the voices that hold the truth. It left me doubtful a lot of the time, but to have the opportunity to meet with foster kids who have aged out of the system and become successful human beings, is appreciated because it's helped me gain hope that I can make a difference too.” We know you will Kami!