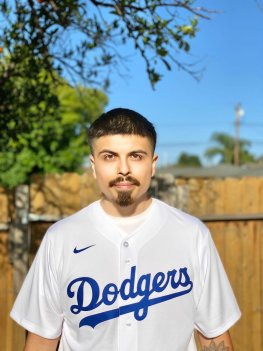 Jose Angel Canizal was raised by the foster care system. In the year of 2000 at 5 he was living in a green van and in poverty, but yet he was content. That same year he became a statistic in the foster care system. Not knowing his family whereabouts, Jose drifted through many homes in his 16 years being a ward of the state, consumed by the largest and most heavily condensed foster care system in the nation, The Los Angeles Department of Children & Family Services. In each of his 18 placements, he began to lose a piece of himself, accepting his reality of being another burden and eventually assuming he will fall through the cracks of the foster care system. Though at times Jose felt predestined to the life he grew up in, where he was labeled and abused. He also realized early on he did not have to accept that fate!

Jose Canizal is a first-generation Latino student attending Rio Hondo College and majoring in Electrical Engineering. He is involved in various programs and organizations such as United Friends of the Children and the National Foster Youth Institute (NFYI), that engage, inspires, and support the foster youth population. He is passionate and motivated in working towards making a meaningful impact in the foster care system. Knowing first hand the trauma and hardships that this vulnerable population experiences, he is able to provide insight and help bridge the gap for foster youth. Jose is working with a youth-led organization called the California Youth Connection (CYC) that supports and encourages youth to develop leadership skills and roles that will ultimately create lasting change in the foster care system through policy and legislation. He is involved in many organizations but his true desire is to create a non-profit organization that will support and mentor all foster youth K-12 who have an interest in any STEM career. Jose strongly believes just because his educational potential was heavily impacted by being moved around to multiple placements, doesn’t mean anyone else should limit theirs. His dream is for more than half of Child Welfare stakeholders, be made up of former foster youth.

On many countless occasions, Jose questioned the value of his life in this beautiful but yet cruel world. Every time he questioned himself, he would respond with the same answer to himself, “God gives his strongest generals the harshest battle”. Eight words changed the meaning of his life, eight words told him he’s more than just a number, eight words gave him the courage to continue the battle against the foster care system and most importantly within himself. Jose was never a religious person, but he knew that god or a higher power already carved a path where he would overcome any harsh realities from this world. Soon he will change the way foster youth are viewed and hopes to support a platform for all youth to create change in their respected community.