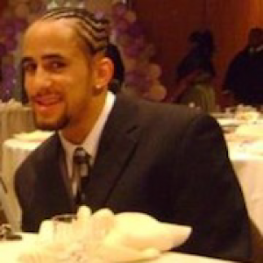 Frank Sutton spent 16 years in Ohio's foster care system Frank Sutton has always had a knack for leadership. Starting in his early years, Frank was usually the captain of his sports teams in elementary, middle school and high school. When given the opportunity in science fair projects or other group projects, he seemed to always be chosen as group leader. Now in college, Frank focuses his leadership tendencies on organizing community service, social and educational events for his peers, and fraternity and student organization events on campus. Once in college, Frank joined the Gamma Sigma Alpha fraternity, an honor society for students that have obtained a GPA of 3.5. He’s received awards for ‘Most Involved Person in Greek Life’ and for community service and philanthropy efforts. Frank’s service in his community includes putting on AIDS walks, education retention programs, workshop on how to do FAFSA, and helping to build a house through Habitat for Humanity. At birth, Frank was place under the guardianship of his grandmother, who did not approve of the fact that he was mixed-race. Frank believes this was the source of the abuse he experienced as a young child. When Frank was eight years old, his grandmother suffered a series of strokes and passed away, and he was shuffled to homes with various relatives. Frank recalls being tormented regarding his biological mother’s drug addiction during these years. “At times — it dawns on you. You start to questions yourself: ‘why wasn’t I good enough? Why can’t I have a happy loving family? Why don’t I have support and a chance to be nurtured by my parents?’,” recalls Frank. “It makes you group lost but with the development of my knowledge of Christianity, I came to know that everything happens for a reason, and He gives his toughest battles to his strongest soldiers.” At age fifteen, things turned around for Frank. He was placed into a foster home with the father of one of his teammates from his high school football team. Frank recalls the home to be amazing: “The family welcomed me with open arms. They treated me the way a family should treat each other — with love, respect, and helped inspire me to do better.” Frank continues to have a very good relationship with the family today, and he looks at them as family. Frank has aspirations of becoming a pediatrician, working to improve life for inner-city youth. He plans on starting his own non-profit mentoring and tutoring foundation that will help to increase the education level of troubled or orphaned youth. He also plans to be involved in politics, helping to pass legislation to support educational programs for orphaned and troubled youth. “It is imperative that the youth in foster care have an opportunity to improve the system,” he says. “I feel that those that were put in foster care and have made it out or emancipated should take the time to come back to the youth.”