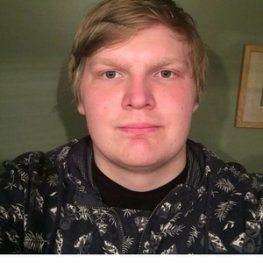 Ethan Lamoreaux spent 5 years in North Carolina's foster care system. Born in Petrozavodsk, Russia; Ethan Lamoreaux was brought to the United States through adoption as a small child. At the age of thirteen, he entered the foster care system. Over the next five years, Ethan experienced six different placements including foster homes and therapeutic care. Entering the foster care system was a traumatic event in Ethan's life. He participated in the 2016 Congressional Foster Youth Shadow Program where he met with his Congressional member to share his experiences in care. Ethan believes more support, preparation, and guidance on what to expect will help foster youth better adapt to the system they are forced to be a part of. Since turning eighteen and aging-out of foster care, Ethan has his eyes set on the future. Recently received an amazing opportunity to become a full time pet trainer. In addition, he is going into ethology (the science of animal behavior) as well. In his spare time, Ethan enjoys learning languages - currently able to speak German and some Spanish - and enjoys learning about history.