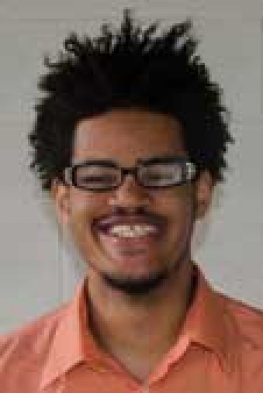 Derrick "Kris Prince" Bridges spent 19 years in Illinois' foster care system. Derrick "Kris Prince" Bridges was placed in the foster system at the age of two along with two younger sisters who were only babies. He is the youngest boy of six siblings(1 older brother, 4 sisters) . They were placed in foster care due to their mother having issues involving drugs. Derrick lived in a total of six foster homes, and emancipated out of the system at the age of 21. In 2009 he found information about his biological family on the internet by just randomly browsing. He told his previous foster parent (single dad) that he wanted to reconnect with them. Derrick’s adoptive father was hesitant about it, but eventually gave in and let Derrick go visit and eventually stay with his biological family. He reconnected, but the struggles associated with foster care placed a burden on both Derrick and his biological family. Today it’s really hard for Derrick to bond with his siblings because he never grew up with them. His family fought hard to try to get him out of the system but due to his mothers’ issues, it was impossible. In care, it was very hard to make friends and develop because he was sheltered and moved from homes constantly; never able to maintain a stable life. Derrick’s only escape was video games and music. He was always tall as a kid and never got a chance to get into sports like he wanted, and everyone used to treat him unfairly because of it. Being able to endure that showed him that he can be strong and remain positive. Derrick’s best way to describe his circumstances and how he continues to improve both himself and others was, “My vision is to give back to foster kids in any way that I can because I know what it’s like to be in care. My two younger sisters were adopted and their adopted mother died this year while I was in this program called YearUp. They both have babies and they still have yet to reunite with their biological family as I have. I stay busy and involved with as many organizations and causes possible to build myself stronger and prepare for my own future . I am now a musician, entrepreneur, and young leader to help improve what I can. Going through everything I went through, has made me conscious, so I rap about It and make music to make others think positively. The best memory I have this year would definitely have to be when I was invited to go to Washington D.C. to job shadow a Congressman. I shadowed Danny Davis from Chicago, Illinois, which was so awesome. I strive to be a positive role model and lead by example.”