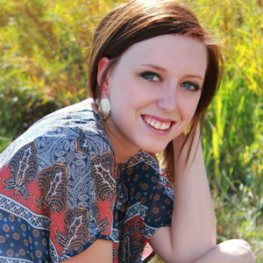 Ashleigh Davenport spent 3 years in Washington DC's foster care system. Ashleigh spent three years in DC’s foster system, and was adopted at the age of six. At the age of 18, Ashleigh learned that she had another biological sister experiencing some of her same struggles with foster care, adoption, and the legal processes that surround this transition. Her frustration with the bureaucracy and lack of knowledge displayed by those responsible for her sister’s transition fueled a new passion for affecting high level change in our nation’s foster care policy and practice. Her college goals began as a 4 year degree majoring in music and accounting, but her new found passion was too powerful to ignore, so she switched her major to Social Work and proceeded to obtain her Bachelor’s degree from Colorado State University. Ashleigh went on to be accepted to the Regent University School of Law where she participates in leadership roles through a variety of groups which include the Moot Court Board and the Regent Journal for Global Justice and Public Policy. She also participated in the nationally renowned internship program for foster youth with the Congressional Coalition on Adoption Institute, and made such an impression that she returned the following year to serve as the Resident Assistant for the 2014 Foster Youth Intern class. Ashleigh is set to graduate from law school this year with hopes of taking the child welfare world by storm and making the changes needed to truly make a difference.