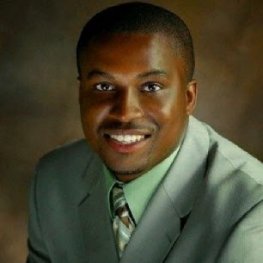 Council term: 2012-2014 Anthony is the Youth Engagement Coordinator with Georgia EmpowerMEnt, an initiative of MAAC(Multi-Agency Alliance for Children). The Georgia EmpowerMEnt Group, a component of the Metro Atlanta Youth Opportunities Initiative (M.A.Y.O.I.) which was now known as the Georgia Youth Opportunities Initiative. EmpowerMEnt is an organization of current and former foster youth who advocate for change in the foster care system. Anthony travels throughout the country as a foster care advocate speaking on behalf of youth in foster care. He entered the State of Georgia’s Foster Care System at the age of eleven because his grandmother was no longer able to care for him, and his mother could not be found. While in foster care, Anthony lived in more than five different foster homes and shelters before finally receiving permanent placement with Families First. Anthony found stability in a family-like atmosphere at Families First. His social worker, Grady Jenkins, provided fatherly guidance and continues to be a paternal role model. With the help of Families First, Grady Jenkins, and his inherited maternal figure/mentor, Angela Stover, Anthony’s foundation grew strong. Now at the age of 35, Anthony and Angela are legally mother and son with the adoption being finalized in early October. After graduating from high school, Anthony earned an Associate’s Degree in Electronic Computer Technology and Bachelors in Project Management from the DeVry Institute. Anthony has also worked Families First as a Relief Parent where he gives back to the kids just as Grady Jenkins gave to him. Prior to joining Georgia EmpowerMEnt, Anthony was an Intern with the Georgia Supreme Court Committee on Justice for Children. Anthony works alongside the Former First Lady of Georgia, Mrs. Perdue, since January 2006. In this position, he advocated for policies that support the state’s foster care parents and foster care agencies. Anthony is also a 2006 Foster Club All-Star. In 2007, he was recognized for his work on behalf of foster youth by the Georgia State House of Representatives with House Resolution 789. In 2008, Anthony Reeves was appointed by Governor Sonny Perdue to serve on the Georgia Commission for Service and Volunteerism. Anthony served on the board for Foster Care Alumni of America for 4 years. He has also served on the National Alumni and Foster Youth Policy Council, where he provided recommendations for policy and law changes across the country. Anthony started his own organization, Leaders of Change, an organization that provides consulting, develops engaging and interactive training, designs conferences, facilitating keynotes and workshops and videography.