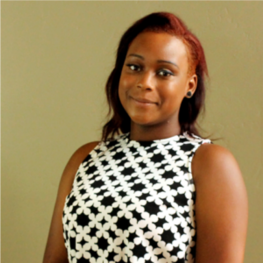 Aliyah Boatman spent 2 years in Minnesota's foster care system. On June 1st, 2015, Aliyah entered foster care and was placed in a single parent home in Robbinsdale, Minnesota. She attended North Academy of Arts High School where she also graduated in June of 2016. As an intern at the North Community YMCA, she was recognized as one of their hardest-working Youth Counselors. Aliyah is involved in Connections to Independence (C2i) which is an organization providing services and help for youth in foster care. With C2i, she was able to go to Florida for the Daniel Memorial Conference where she presented in a panel discussing the Minnesota foster care system. This fall, Aliyah will be attending St. Cloud State University studying Political Science. She also has plans to study Pre-Law as well. Once she has earned her degree in political science, she plans to move to California and pursue a law degree. She would like to be done with school by age 25 and build a long-term career. Aliyah has a strong passion for tattoos and music and can see herself taking time in a studio and maybe creating a successful mixtape. Aliyah is a musician, student, and strong foster youth voice.