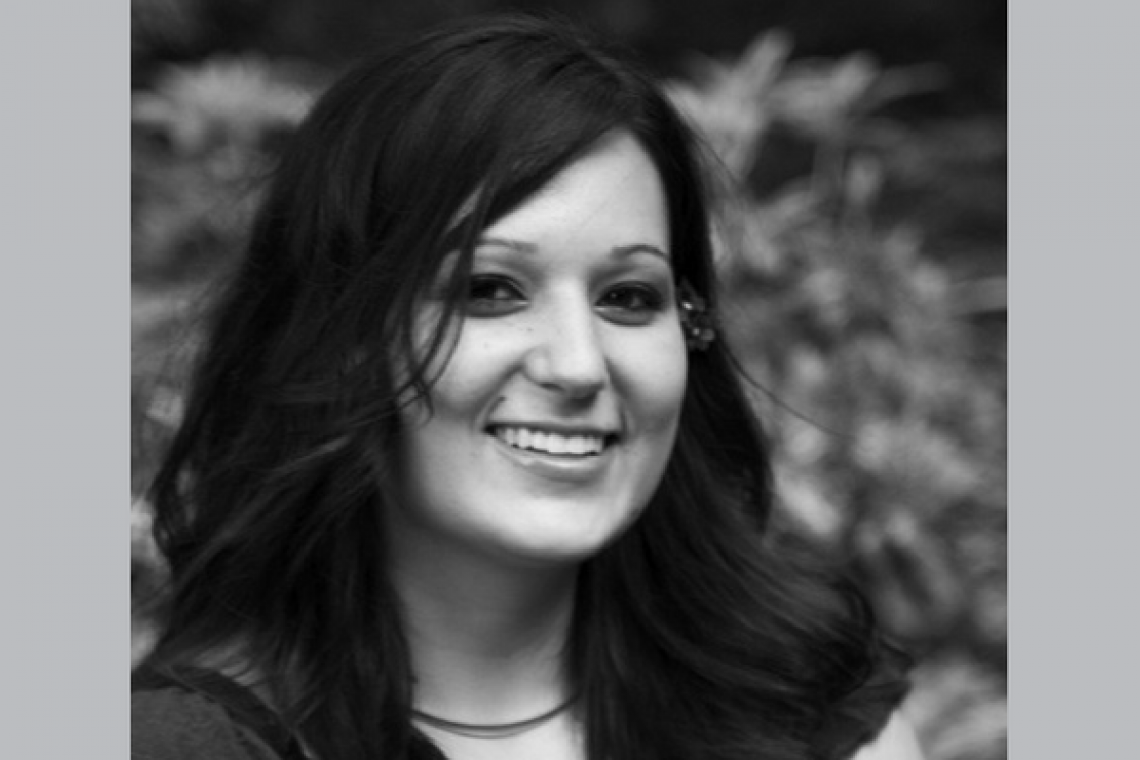 I screamed out my sister’s name, tears cascading down my face, reaching for her out-stretched arm. But my four-year-old hand slipped from her fingers. My drunken biological mother was pulling me back inside the house, while my dad yelled for my sister to get in the car. I kicked and hit, trying to run to the car pulling out of the driveway. I didn't understand. How could my older sister, the only person who I could trust to care for me and protect me from the abuse of my biological dad, just disappear into a car and not tell me that she would be back. How could the person who I relied on the most for my happiness simply leave from my sight? That was the last time I would see my older sister until my senior year of high school 13 years later.

It was August 2004 and I was concentrating on finding the right university for me while I was living in a group home for “at risk girls”. I had just received a phone call from my caseworker saying that my older sister wanted to get in contact with me again. The only things I knew about my sister were the negative accusations my adoptive mother had told me, saying that she was a bad influence and it was better that I was removed from my home and stripped of my siblings.

I had all these things running through my head. Should I be talking to her? What if my adoptive mother was right? Is she going to hurt me by leaving again? What if I open up and I don't get to see her again? I didn't know if I should talk to her, but I decided to give it a try. After all, she was my biological sister. She would call me once a week to tell me about her life and ask questions about mine. She was studying biology and was working at a prestigious company in San Francisco. She would tell me that there was not a day that went by that she didn't think about me and my younger siblings. She never thought she would have the opportunity to talk to me again, but she also didn't want to pressure me into forming a sister relationship with her if I wasn't ready. As I told her more about my life, how I no longer was talking to my adoptive mom, and that I was reconnecting with our grandmother, I felt like she was really becoming my sister again. I also told her that I was looking at schools and I had the desire to move from Colorado. That's when she made a proposal: I could visit schools in the Bay Area, and I could stay with her. If for any reason I didn't feel comfortable with that, I could always go stay with my grandmother.

This was exciting for me as well as extremely scary. I hadn't seen her for more than half of my life and I had this sudden opportunity to see her and reconnect with her. She offered to buy my plane ticket and said that my younger sister was flying out too. It would be perfect because I could schedule college tours and also experience a whole new city. So the details were set and my younger sister and I would fly into San Francisco International Airport.

During the whole flight, my younger sister was telling me all about our older sister. She had already reunited with her the previous summer. She was asking me if I remembered any of the memories from our childhood of our sister taking care of us. I honestly had blocked out most of them as my adoptive mom had drummed into me that she was a bad influence. But this was my time to know who my sister truly was and decide what was best for me.

As we landed at our gate, my stomach started hurting. You know the feeling where you are anticipating something good, but you're not sure how it's going to go? And then your legs feel numb, and your heart is racing, and all you can think is “My life is about to change”. That's how I felt. My sister and I were going down the escalator to the baggage claim area, the place where my older sister would meet us. I clutched my little sister's hand telling her not to let go. She clenched right back.

As we arrived at the bottom of the escalator and she was nowhere in sight. My head started spinning and my breathing became shallow. Thoughts of separation and images of her walking away from me flashed through my head. Did she leave without us? Did she forget that we were coming today? What were we going to do?

And as we turned the corner, I saw the back of her, her long black hair pulled into a pony tail, wearing a pink hoodie and jeans. And all the nervousness, anxiety and fear melted away. My head became clear and my heart started pounding.

She whipped around and looked straight at me. Even though we were five feet away, we both ran to each other, arms reaching for the long lost feeling of finally being together. I clutched her with all my strength, as tears gushed down my face, mixing with her tears. All the memories of her raising us, making sure we had baths, feeding us the only food in the house, tucking us in bed at night, holding us after my dad chased us up the stairs with his belt... it was all flooding into my heart at once. And then Geneva wrapped her arms around us too and we were all crying tears of loss, pain, fear, and ultimately, love. And in that moment, I felt complete happiness; I knew everything in my life was going to be okay. I had my older sister back and I was never going to let her go again.

-- FosterClub All-Star Kita Anderson, was separated from her 4 siblings when she entered the foster care system at age five. She was adopted but reentered the system 8 years later. After aging out of foster care at age 18, she went on to earn her degree in Psychology at the University of San Francisco. An avid traveler, Kita has been to Thailand, Europe, and Nepal. Kita plans to attend Columbia University in New York to pursue her Masters in Social Work. Kita is a youth advocate, chocoholic, avid-reader… and a foster kid.

As an alumna of care who went through the system with two younger siblings I know the power in keeping youth together. I wish all youth in care who have siblings are allowed to stay together. It Should be illegal to break of siblings coming ito care with one another. Usually we are all we have.....

I am touch by your sharing your story it is powerful.......glad that you are able to speak and write about what you and your sisters had to go through so there can be change in our system- all of you are amazing and the power of embracing the love of a sister is unimaginable........I know this because I have my sister back too.

Thanks for sharing this, Kita! I think you did a great job writing it and describing what your experience was like, I've heard this story from you in person but reading it definitely added something :) I miss you so much and hope we can talk soon!
Love, Sarah S

wow- you are an inspiration!!!! Keep up he great wtrk