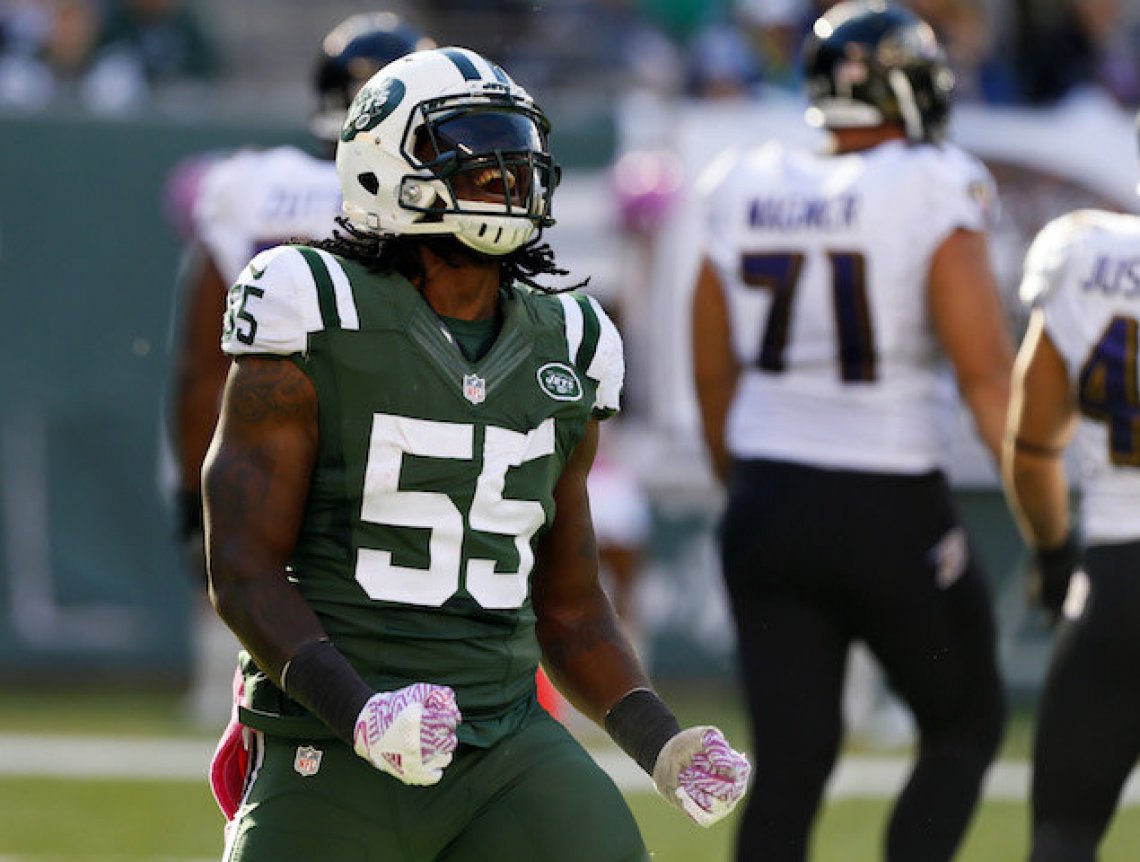 Lorenzo Malik Mauldin IV (born October 1, 1992) is an American football outside linebacker for the Jets of the National Football League (NFL). He was drafted by the Jets in the third round of the 2015 NFL Draft. He played college football at Louisville.

"This is what I've been through, Coach. This is what I'm dealing with." -Lorenzo opening up to his college football coach, Charlie Strong, at the beginning of his freshman year.

Mauldin was born in Sacramento, California on October 1, 1992. He spent most of his childhood with 16 different foster parents as both of his parents were in jail. Mauldin attended Maynard H. Jackson High School in Atlanta, Georgia, where he played football and basketball and competed in track. In high school football, Mauldin was named to Class AA All-State Team. In track & field, Mauldin competed in events ranging from the high jump to the discus throw. At the 2010 Whitefield Meet, he took fourth in the discus throw (114 ft 4 in) and second in the shot put (44 ft 7 in).

As a true freshman at the University of Louisville in 2011, Mauldin played in all 12 of the Cardinals games and recorded six tackles. As a sophomore in 2012, Mauldin started six of 11 games, recording 22 tackles and a team-leading 4.5 sacks. In August 2013, prior to his junior season, Mauldin was involved in a hit and run moped accident. He recovered and started all 13 games that season. He finished the year with 40 tackles and 9.5 sacks. Prior to his senior season in 2014, Mauldin was moved from defensive end to linebacker.

Mauldin played his first regular season game on September 13, 2015 against the Cleveland Browns, where he forced a fumble off Johnny Manziel. However, after forcing the fumble, he suffered an apparent neck injury, was rendered unconscious for a few minutes, carted off the field, and taken to a local hospital. After undergoing tests, he was diagnosed with only a concussion and luckily, no serious neck injury. During his rookie season in 2015, Mauldin played 15 games making 10 tackles, 4 sacks, and a fumble recovery.

He comes in top American football players of the century and I am happy to see that he is coming for the main event. I get help essay writing so I arrange tickets and go to watch him. I know it is going to be the next level match for sure.