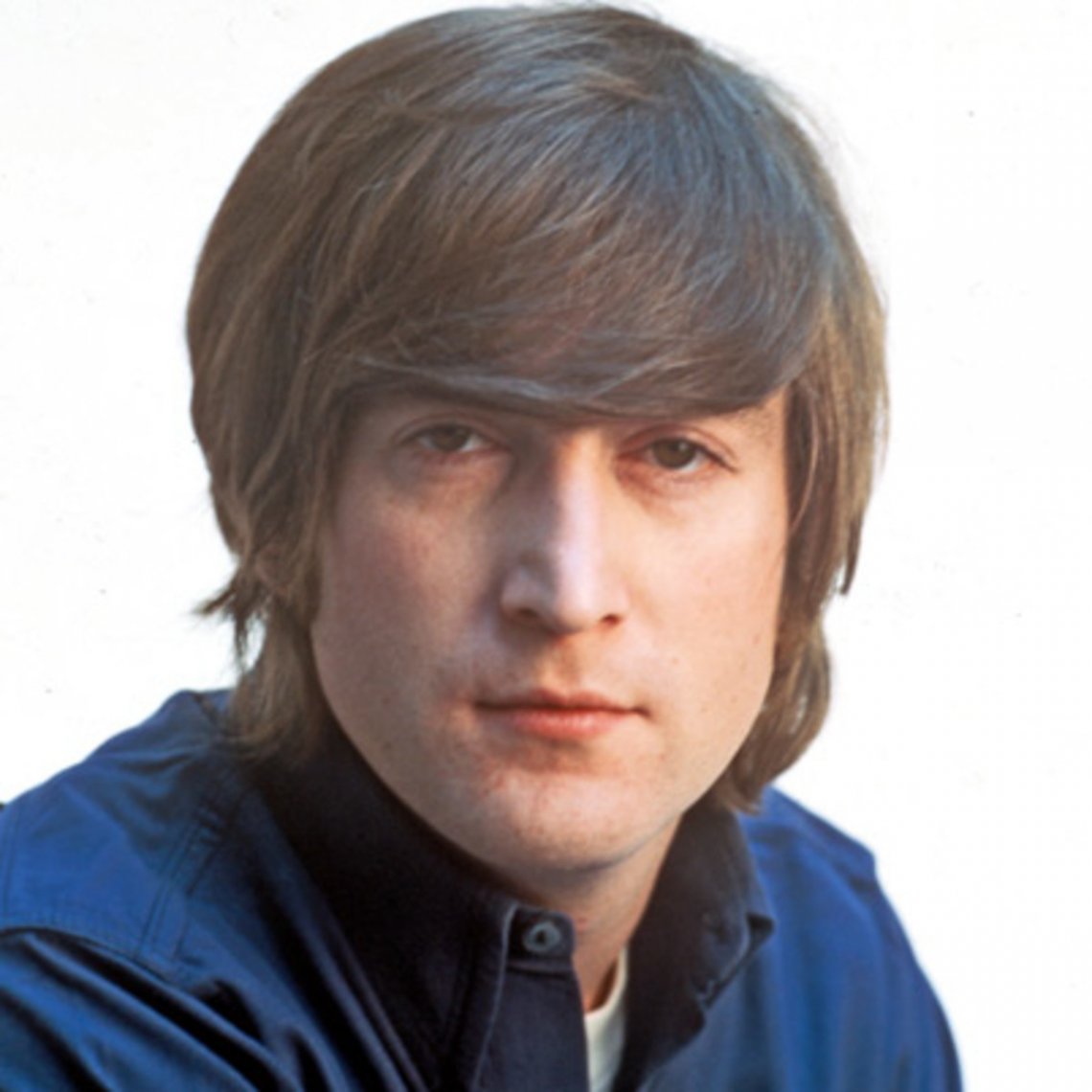 John Lennon, foster child, was the founder of the greatest rock group in recording history: the Beatles.

With members Paul McCartney, George Harrison, Ringo Starr along with Lennon, the Beatles were the first group in history to enjoy idol status, previously reserved for individual acts like Frank Sinatra or Elvis. They created an electric atmosphere in popular music in the 60’s and their influence is evident throughout rock and roll. Their songs have become modern-day folk songs and they’ve sold more records than any other band. The Beatles are the only group in history to have twenty songs reach number one. They first appeared in the U.S. on black and white TV in 1964 and ruled until the band broke up in 1970.

John Lennon was born October 9, 1940 in Liverpool England. At the time of his birth, England was experiencing the frightening blackouts, air raids, and terrible bombings of the Second World War. John’s birth took place during a lull in the bombing of Liverpool, which was targeted by the Germans because of the docks that were being used for shipping supplies to soldiers opposing the Germans. As the bombing continued, Julia and her newborn baby took refuge in nearby makeshift bomb shelters.

When John was born, his father, Alfred, was away at sea, and did not reappear for another 18 months. He played practically no part in his son’s early life. John’s mother, Julia, was left as the sole caregiver for her son. And when Alfred came home, she filed for divorce. When his mom began seeing a man named Dykins who the preschooler did not like, John became angry and rough, acting out. When he was five and a half, little John was expelled from kindergarten for misbehavior.

Time and time again he ran away from home to make his way to his Aunt Mary’s house. One time when he got lost on his way to his aunt’s house, his father came for him and announced that he was emigrating to Australia with his son. Mom Julia confronted him and the ensuing argument ended with their son being asked to choose between them. Five year old John chose to stay with his mother.

By now, Julia and Dykins were living in a small flat with John. But his Aunt Mary began to interfere. She was a determined and forceful personality and had previously taken part in raising John. She now felt that the accomodations in the flat were not suitable for the child. She called a social worker who first thought that children should remain with mothers. But when Mary pointed out that the young John would be sharing one bedroom with two adults, the social worker gave in and handed little John to Aunt Mary and her husband to raise.

Alfred Lennon disappeared from his son’s life. John said: “I soon forgot my father, it was like he was dead.” However he said of Julia: “I did see my mother now and again, and my feeling never died off for her. I often thought of her. . . She (Mimi) said she was a long, long way away.” In fact Julia lived a mere three miles away.

John Lennon moved in with his Aunt Mimi (Mary) and her husband George when he was 5 and although he did see his mother regularly, his aunt and uncle provided the major grounding influence in his life. One biographer notes that even though John would engage in outrageous behavior and be rude, when the occasion called for it, he knew how to behave with grace in social situations. These skills he learned from Aunt Mary and Uncle George.

By the time John was a teen, he was spending more and more time with his mom, although his relationship with her was more as a friend, than as mother and son. When he wanted a guitar to play, his Aunt Mimi objected to wasting her money on a “craze”. John then asked his mother for a guitar, which she gladly bought for him. Aunt Mimi wasn’t happy about this and would not allow him to play or practice in the house. So John played on the porch, singing to himself. His Aunt said, “The guitar’s all right, John, but you’ll never make a living with it”.

Music became important in John’s life. He had always been interested in art. But he had no use for the discipline of school. He was an unwilling student and failed his classes, which was troubling because John was obviously intelligent. Probably he was suffering somewhat from his displacement from his parents. And most likely he was rebelling from the strict rules at his Aunt Mimi’s house. John says: “My whole school life was a case of ‘I couldn’t care less.’ It was a joke as far as I was concerned. Art was the only thing I could do, and my headmaster told me that if I didn’t go to art school, I might as well give up life.”

In 1957 John entered the Art College of Liverpool Institute. The next summer, his mother, Julia, was tragically killed in a car accident. John would suffer for years with his feelings about his mother’s death. Two songs, “Mother” and “Julia” were songs about Julia Lennon.

Mother, you had me, but I never had you
I wanted you, you didn’t want me
So I, I just got to tell you
Goodbye, goodbye
Mother

Music was now taking up more and more of John’s time. His band the “Quarrymen” had the first major “gig” on July 6, 1957 and it was here that John met another musician, Paul McCartney. By 1960 George Harrison had joined the group and in 1961 Ringo Starr became the Beatles drummer thus completing the “Fab Four”. Renamed the “Beatles” the group’s popularity sky-rocketed when their records were released in America. During the Beatles recording career from 1962 to 1970, the mass hysteria that resulted whenever they performed was called Beatlemania.

In 1980 John came out of retirement and was recording his first album in six years. On December 8, he was returning from a recording session around midnight, John was shot to death by a crazed fan outside his New York apartment building.

all he wanted was peace

I love lennon his music is awesome

John Lennon was an amazing man. It stinks that he ot shot. =[