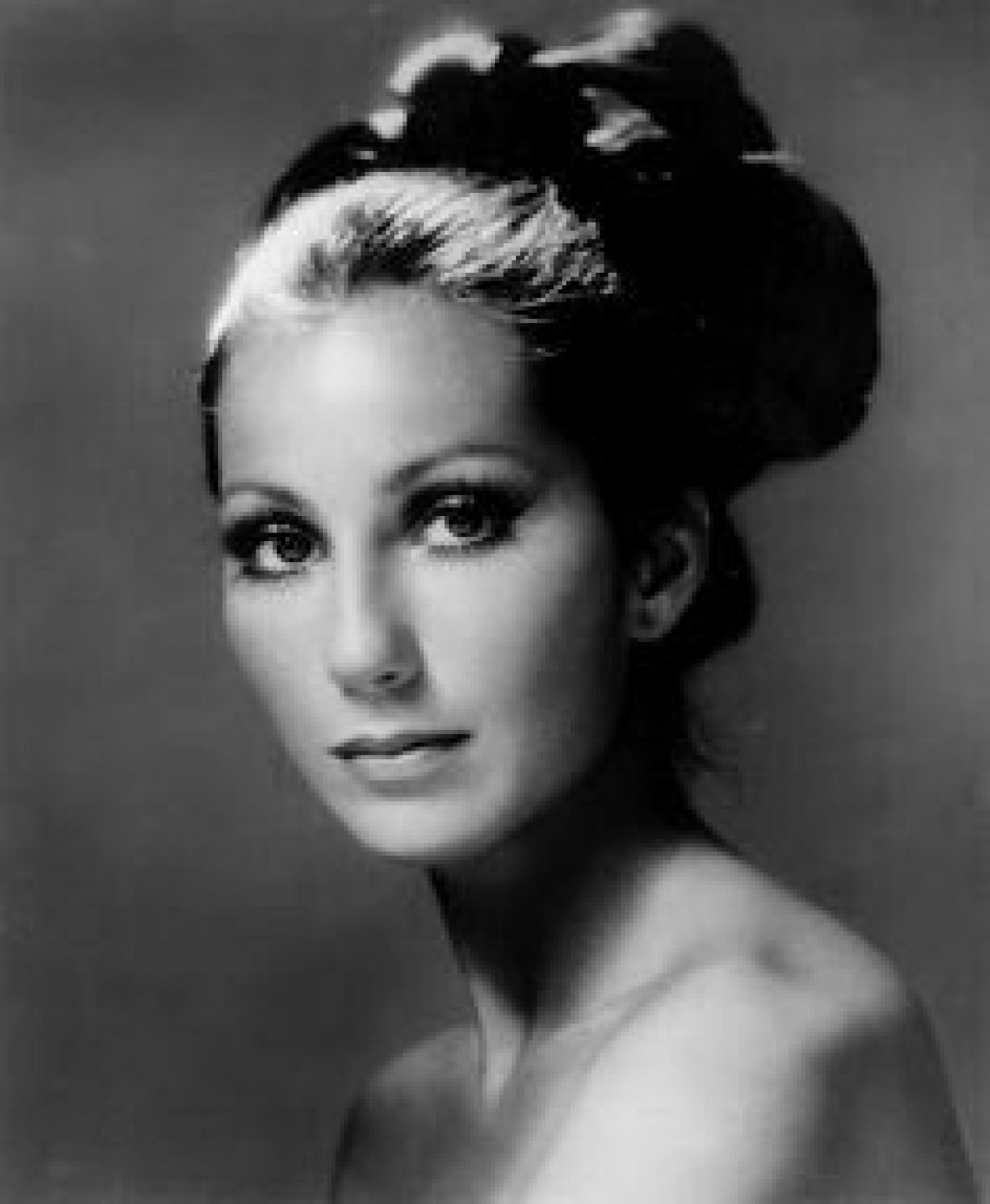 Cher, Cherilyn Sarkasian LaPiere was born on May 20, 1946 in El Centro, California.

She was the only child of Georgia Holt and John Sarkasian, an Armenian farmer. Her mother divorced her dad while still pregnant with Cher. Cher’s mom, Georgia, was an attractive, aspiring actress who was struggling with her career and even more, with her life. Eight -times married, she struggled by on occasional singing gigs and some small movie roles. Cher’s early life with her mom was spent mostly in poverty.

With husbands and career on her mind, Cher’s mother didn’t have much time to watch over her. When Cher was two years old, her mother was overcome by illness. At the time, she was a single mother, so Cher was sent to spend time in an orphanage.

When Cher was able to return home again, she usually stayed with one of her grandmothers when her mother was at work. Her grandparents were very influential in Cher’s life, providing love and care. When Cher was eight, her mom was not able to make enough money to support her children, so Cher and her sister Georgianne went for a six month stay with grandparents while her mother “lived in a rented garage apartment with an eight-dollar a month fold-up-bed”.

As Cher grew older, she delighted in watching her mother on stage. When she approached her teen years, she had vague daydreams of moving to Los Angeles and making a name for herself. Besides, she was having a difficult time in school. Cher says: "When I was young, I went to a million different schools. I kept falling further and further behind in my schoolwork because of it. My spelling was terrible; I couldn’t read quickly enough to get all my homework done, and for me, math was like trying to understand Sanskrit. It was embarrassing for me not to be able to do the schoolwork that everyone else was doing. Was I stupid? I didn’t think I was. But all the signs pointed in that direction. I didn’t like authority, and I couldn’t understand the lessons….The only way I learned was by listening to my teachers in the classroom."

At the time, Cher didn’t understand her learning difficulty. When she was 30, she finally understood that she is dyslexic. At sixteen Cher’s dyslexia proved too grueling and she left school. Her mother understood her daughter’s difficulties with school, but said she couldn’t just sit around the house and do nothing.

It was time for Cher to get going with her life. She decided to leave home, follow her dreams, and begin acting lessons in Los Angeles. She officially changed her name to “Cher”. Her mother enrolled her in classes with a serious actor whose students included Anthony Quinn and Jane Fonda. Although she felt intimidated in acting classes, she was gaining valuable experience. She was hopeful about the start of a whole new life.

Cher was living dorm style with other older girls, and was, herself, unemployed and desperate for work. By the time she was seventeen, she was kicked out of the living arrangement and was facing homelessness. She broke down in tears while telling her neighbor about her plight. Her neighbor said she could move in to his place as housekeeper and cook, and in a plutonic friendship they would sleep separately in twin beds.

The neighbor was 28-year old aspiring songwriter Sonny Bono, who was apprenticing with famed producer Phil Spector. Sonny’s songwriting ability had began to be noticed, and Cher, who was a “nobody”, considered him already a celebrity. She decided to hitch her star to his wagon and gave up acting. Cher and Sonny were married when Cher turned 18.

When Sonny asked Cher to sing a few tunes with him in the recording studio, the two clicked as a performing team. It was the mid 60’s when novelty was popular, so the “odd couple” look of Sonny and Cher helped get them noticed. Sonny was short and scruffy while Cher was tall with exotic good looks and funky clothes: wide, colorful pants, skimpy tops, shaggy hair and fur vests. Her outfits earned Cher the title of fashion innovator, a role she has continued throughout her career.

Sonny and Cher hit gold with their single,”I’ve Got You Babe” and went on to record the hits “The Beat Goes On” and “Baby Don’t Go”. Cher was a superstar. Their popularity continued through the sixties and into the seventies when they landed a musical variety show deal with CBS. The “Sonny and Cher Comedy Hour” was a hit and lasted until 1974 when the two stars divorced. Their marriage produced one child, their daughter Chastity.

Chers second marriage to Greg Allman produced a son, Elijah, and lasted until 1979. Cher had been unhappy with her life for awhile. Now she was 33, unemployed, a single mother. She had decided to try acting again, but was not able to land a part. She was persistent and began studying acting again. Finally her break came with a role in “Silkwood” with Meryl Streep. She surprised everyone with her skill and for the role was awarded an Oscar.

After that, Cher was in demand as an actress. She was in three movies at once: ”The Witches of Eastwick”, Suspect”, and “Moonstruck”. In the eighties, she recorded “If I Could Turn Back Time” with a roaring video resulting in a huge hit. In the nineties, she was hugely popular as a rock-pop genius, and, with a little help from her plastic surgeon, remained one of the most beautiful women in Hollywood.

Cher recorded a slick new disco album called “Believe” in 1999 which was the best selling album of her career, holding the number one spot for four consecutive weeks. At age 53, Cher was the oldest female to hit the number one spot.

Through it all, Cher retains her earthy manner. She been down a lot of times, but always has found a way back. She’s a rock and roller, a disco diva, a fashion icon, a chart-topping singer, a TV star, a movie star and an Academy Award winner.

Today, Cher devotes much of her time to kids as the National Chairperson of the Children’s Craniofacial Association. Her involvement began after she starred in the movie Mask” as the mother of a child with a craniofacial condition. Now she is dedicated to doing everything possible to “spread the word”, and invites CCA kids backstage at her concerts.

Hi Cher, I would love to talk to you. I am ready to launch a memoir about growing up in the 70's in seven different foster homes. You can visit my website at www.edgeofunthinkable.com to see what I am launching. This is my gift to the kids, and I hope to make a difference with my story. Best, Paula

yeah, it's pretty long. Here's an idea: hit the 'read it to me button on the top left. That way you don't have to read the whole page - you can just listen to it.

Here I just love Cher seen her in concert and so on and then to read this is really amazing..

I have a foster child that can sing wonderful moved to Ct and of course did not know how to get her career started she is a great.

this is so cool...someone as cool as cher was once in my shoes. im also a foster kid.

wooow that is such a powerfl story i didn't know that cher was fostered ...
wel now she doesn't have to wory cuz now she has made it really big i love all her songs
i am fostered aswell and want to be famous so fingers crossed

awesome...i have always loved cher songs and it is good to know that having a hard life is never an excuse to why you haven't done anything with your life in fact it can motivate to be anything.