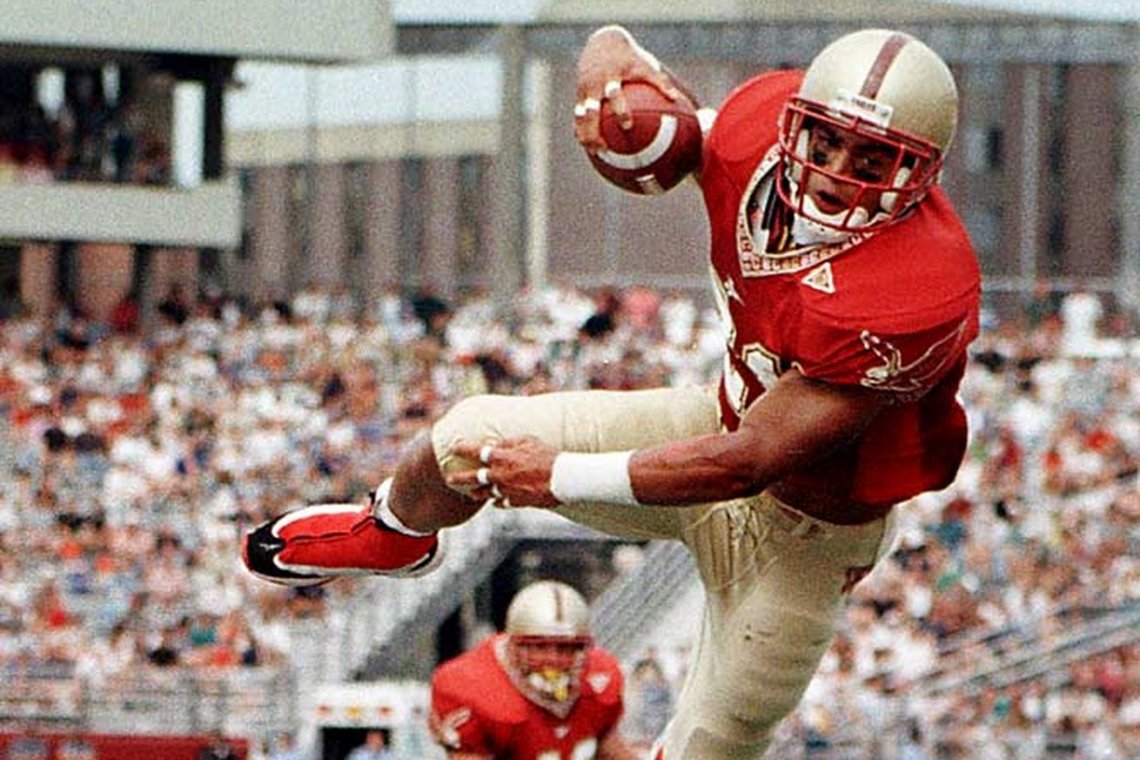 Anthony DiCosmo has managed to grab one of the 38 roster spots with the XFL's New York/New Jersey Hitmen, and he can thank a mother who's made him feel like one in a million.

Or, specifically, one in 60, the number of foster children Petrina DiCosmo has raised in 81 years. The Italian-American woman felt something different about the 3-day-old black infant she took in 23 years ago, quickly moving to adopt him when his teenage mother couldn't take care of him.

Petrina has been a constant at her son's football games from Pop Warner through college to the pros. Petrina plans to be there for the Hitmen's home opener Feb. 11 against the Birmingham (Ala.) Bolts at the Meadowlands.

''They've already told me I can't come because it's too cold,'' she said, ''but if I can take a sleeping bag, quilt or electric blanket I'm going, God willing. I'm sure it will be 3 degrees, but I'll be there. The good Lord watches over me.'

'When Anthony arrived at her Fair Lawn, N.J., home, Petrina already had 15 years experience with foster children. Her husband, Vincent, died when Anthony was a year old.

Despite having five children of her own, Petrina has always found enough room and love to give to another.

''The love you receive is reflected by you and it's in you,'' said Anthony, a wide receiver from Boston College who played last season with the Arena League's New England Sea Wolves. ''I found myself being a loving person, and it goes back to my family values.''

Obviously, athletics was one of them. Half-brother Flip's baseball career landed him in the New Jersey Sports Hall of Fame; one sister, Diane, played and coached basketball; and Anthony is on the brink of realizing his dream.

Watching all three from the stands was a mother who made every child she met part of the home team.

Career Info and Stats for Cos

Professional Football: Originally signed by Tampa Bay as an undrafted free agent on 4/19/99...caught a touchdown pass on his first offensive series during the preseason...was released on final cutdown day of training camp...spent the 2000 season with the New England Seawolves (AFL).

College Football: Boston College, three-year letter winner...racked up 1,798 yards on 101 catches in three seasons....averaged 17.8 yards per catch and scored 12 touchdowns...paced Eagles with 47 catches for 804 yards and seven scores as a senior...snagged a career-best eight passes for a career-high 140 yards against Notre Dame...placed sixth in the triple jump (48'-9 1/2") at the 1998 Big East Outdoor Championships...caught 24 passes for 362 yards and four touchdowns as a junior, despite missing four games with a hamstring injury...started nine games as a sophomore, hauling in 36 passes for 632 yards and one score...averaged a career-best 17.6 yards per catch...played in the Kickoff Classic at Giants Stadium as a freshman, but season was cut short after an October bicycle accident...earned bachelor's degree in communications.

Personal: Nicknamed Cos...earned Parade All-American honors in both football and track at Paramus (N.J.) Catholic High School...set state single-season record with 71 receptions as a junior...also holds state record in the triple jump (49'-1/2"), placing third at the 1995 Penn Relays...was adopted as a foster child by Petrina DiCosmo, now 81, who has fostered more than 85 children during her lifetime...Petrina has been to each and every football game in which Anthony has played, from Pop Warner to the pros...spent this past fall as a volunteer coach with the nationally ranked Hackensack (N.J.) High School football team that finished undefeated and No. 1 in the state single, resides in Fair Lawn, N.J.