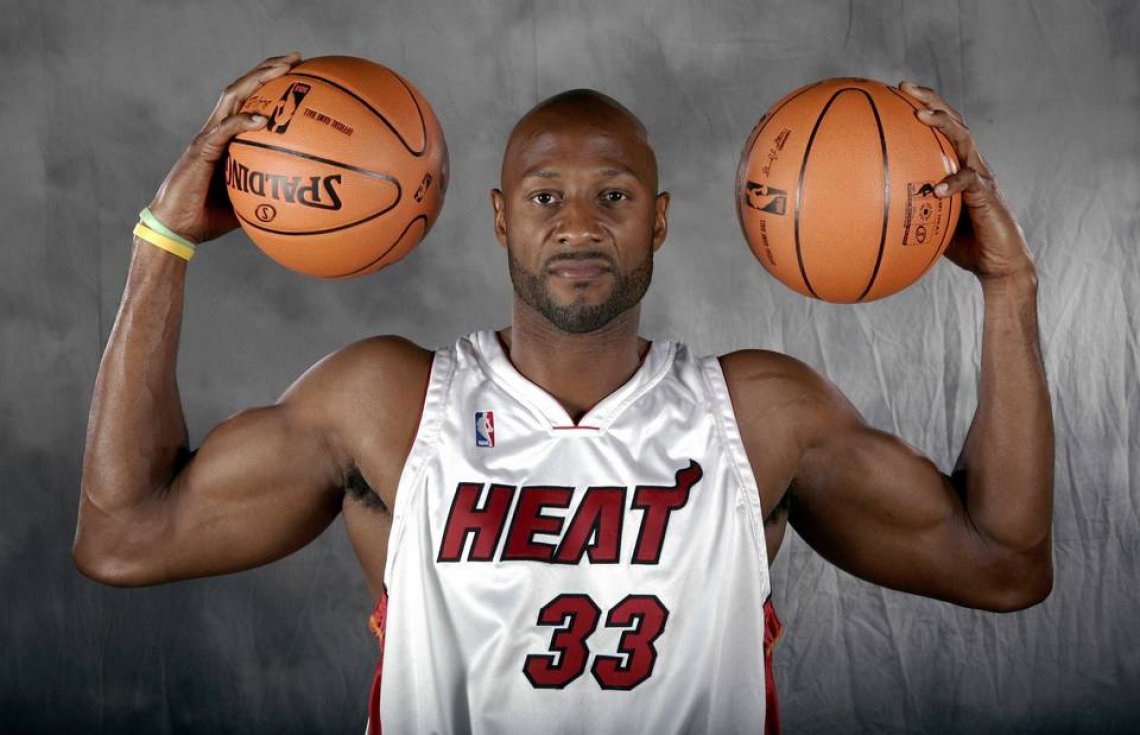 Alonzo Harding Mourning is his full name. He was born in Chesapeake Virginia on February 8, 1970. As Alonzo grew up, his parents found it harder and harder to get along together and, when Alonzo “Zo” was 10 years old, they decided to separate. The next two years were marked by the birth of his sister and Zo’s parents getting back together and then deciding to finally get divorced. Alonzo was given a really hard choice: tolive with his mom, Julia, or to live with his dad.

"I wasn’t mad at (my parents)”, Alonzo remembers, ”but I wasn’t comfortable at home. Divorce is hard to understand when you're a kid”.

Alonzo did not want to pick one parent to live with and not the other. He was hurt and hardheaded. Finally, it was arranged that he live in the foster home of a family friend, Fannie Threet, a retired school teacher and her husband. The Threets had two children, but specialized in taking care of foster kids (over time, they provided a home for 50 kids). At first, moving in with the Threets wasn’t that easy for Alonzo. Every family has it’s own way of doing things.

“I think certain parts of it were headaches and certain parts were very joyful,” he said. “No part of life is always going to be milk and cookies.

”During the time Alonzo lived with them, there were as many as nine other kids living with his foster parents, but he always felt like part of the family and was treated like one of their own children. Mrs Threet took personal interest in each of ‘her’ kids, making sure they were responsible, worked hard (especially in school), and set goals for themselves. He lived with Mrs Threet for 8 years until he went to Georgetown, already a basketball star. Alonzo says of his former foster mother: “ Fannie guided me every step of the way. Her message was always: You can do it.” “ She is very loving, just amazing…She was there “when I needed somebody to talk to and lean on. She gave me an opportunity to grow.”

When Alonzo began living with his foster parents, he was 12 years old and already 6 feet tall. Mrs Threet talks about Alonzo growing up: “I’m not saying Alonzo was a perfect child. But he was always obedient. And he was a hungry child. For breakfast one box of Cap’n Crunch wouldn’t do. You’d have to give him two or three of the larger ones.”

Alonzo continues his story: “ In junior high school… I was about 6’9”….peer pressure got me into basketball. I was walking around school taller than the principal, taller than the teachers. People said, ‘you should play basketball’. When I tried out for the team, I didn’t start. I was clumsy and awkward. Was teased because of my height and because I couldn’t play. But that criticism was the driving force. My determined attitude toward being successful started there.”

Once he discovered the game, Alonzo practiced basketball every chance he got. When she saw how serious he was about the sport, Mrs. Threet arranged for Alonzo to attend summer basketball camp. He attended for several summers and improved his game. By his first year in high school, Alonzo was 6’9” and when he was 15, he was invited to one of the best basketball summer camps in the country. By the start of his junior year, Sports Illustrated voted him the best 11th grader in the country.

When it came time in his junior year, Alonzo took the SATs. He knew that if he wanted to consider a college career in basketball, he had to take these college entrance exams. With Mrs Threet help and encouragement through the years, Alonzo had studied, done his homework and kept up his grade point average to stay eligible for college acceptance. But he didn’t figure he had to sweat the SATs too much and didn’t bother to study for them. He failed to get a passing score. When the chance came around again to take the exams, Alonzo studied hard and passed. As a senior, he led his high school team to the state championship.

Playing college ball for Georgetown, he was fourth on its all-time scoring list with 2001 points, third on its rebounding list with 1032.5 He twice led the nation in blocked shots while at Georgetown and was the NCAA’s all-time blocked-shots leader. Graduating with a degree in sociology, he was selected as the second overall pick by the Charlotte Hornets. He was part of the gold U.S. “Dream Team” at the 2000 Olympics and went on to play center for the Miami Heat. His outstanding career includes NBA Rookie of the Month, NBA Defensive Player of the Year, NBA All-Rookie First Team, contender to the All Star Team. He became one of the league’s greatest shot blockers and was well known for his intensity and defensive skills.

Alonzo, who suffers from a rare kidney disease, is one of the most charitable sports stars in the country. He says the main lesson he learned from his foster mother is the importance of giving. Now he’s making a difference in the lives of hundreds kids in Florida. “There are a lot of young people out there who, if given the chance, will have successful lives,” says Mourning. “You can have an impact not just through dollars, but also through giving love and comfort to kids. I know a little love went a long way with me. I am trying to use myself and other people to help the less fortunate, especially the young ones.”

• Alonzo was the NBA Defensive Player of the Year in 1999 & 2000, only the fifth player ever to win the award back-to-back

• He is a seven-time NBA All-Star

• He Twice led the nation in blocked shots while at Georgetown and graduated as the NCAA’s all-time blocked shots-leader.

Alonzo I will definitely tell my Foster Sons's about you to give them encouragement. Their story is a little different than yours, they did not have the choices you had, and your first home was a good home. one has been in foster care since he was 3, he is getting ready to turn 14. I am definitely going to use you as a good story as to what can happen if they just keep their heads up, and decide not to let Foster Care be the end to their story.

Brina1970
I am happy to hear about a happy ending to a sad story. Hopefully, I will be able to give my foster daughters the best. My prayer for them is to grow into being happy successful adults.

I'm so glad to hear Zo didn't give up. =) And show some spirit for the short people like me, who would give anything for a chance at NBA.

this story is so touching... i have been a foster child all my life... and i am glad to hear storys about foster children who dont give up it just proves how strong we really are im 17 years old and age out on sep 2,2010 i want to be a lawyer and this story is my inspiration on not giving up on what i really want

Awww Ms Threet is my Nannie :) this story is so touching.

This is a footprint for other children to see. My husband and I are proud fosterparents to four boys one whom we have adopted. This story will give them more hope and to see why we expect them to make lemonaid out of sour lemons. When children have a strong, structured, and loving environment they can make it. We must not give up on the children even when they are lost. Love them more and watch the transformation.

love love love it, my son is not a foster child but we have 6 foster children in our home that we will adopt but, I love this story because my son is 6'3 and is 13 years old and is doing through "I dont like basketball" this is his first year playing and needs help with the game. I am going to send this story to my son for some up lifting and hope. Thanks Alonzo for sharing your story and Foster Club. Pray for "Te" that he will go strong in the game and not to give up