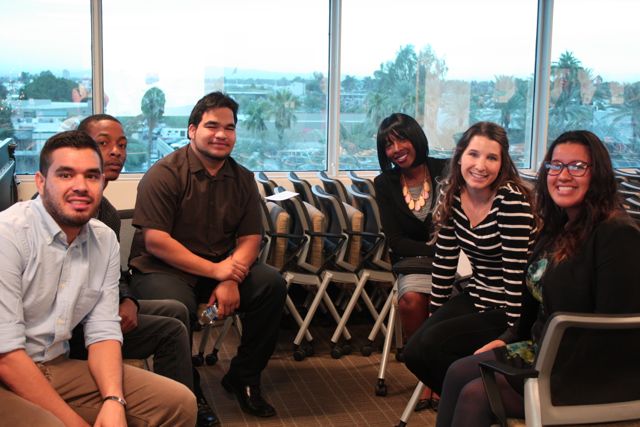 #FosterClubLeaders were front and center in the discussion on education at the press conference for the Arizona's Invisible Achievement Gap report on December 11, 2015. According to Arizona’s Invisible Achievement Gap report, the majority of Arizona students in foster care consistently underpreform academically compared to their peers - even those with limited language proficiency, disabilities and low socioeconomic status.

In partnership with the National Center for Youth Law and the Arizona Community Foundation, the press conference brought together former foster youth in the state of Arizona, child welfare professionals, legislators and the press to discuss why Arizona foster youth have higher dropout rates, lower graduation rates and score far lower on tests than other students.

Representing the more than 17,000 kids in the Arizona foster care system, six #FosterClubLeaders participated in a panel discussion facilitated by Michelle Francois Traiman, Director of NCYL’s Foster Youth Education Initiative (Foster Ed). The youth spoke on their education experiences while in the foster care system, including challenges and successes they had. They revealed how all factors of having the state of Arizona for parents, affected their outcomes in school. Furthermore, the #FosterClubLeaders delivered messages for policy makers in thinking on how to address the achievement gap in their state.

The #FosterClubLeaders who advocated for better education outcomes were: