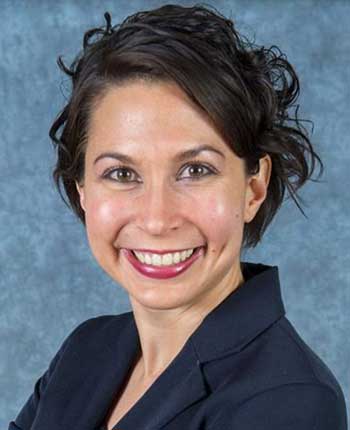 Jenny Punsalan Delwood is a social justice changemaker with a long history of working to improve the lives of children.   She is currently the Executive Vice President at the Liberty Hill Foundation, a hub for progressive philanthropy and activism in Los Angeles. In this role, where she oversees programs and operations. Previously, Jenny served as Chief Deputy for the Administration on Children, Youth and Families within the U.S. Department of Health and Human Services. In this capacity, she led federal policy initiatives and grantmaking related to child welfare, runaway and homeless youth, adolescent pregnancy, and domestic violence prevention. Before this, Jenny co-founded the National Foster Youth Institute, an organization committed to reforming the nation's child welfare system. Jenny also served as Legislative Director to Congressmember Karen Bass and helped launch the Congressional Caucus on Foster Youth in the U.S. House of Representatives.

Jenny holds a Masters in Public Administration (Harvard’s Kennedy School of Government) and a BA in International development and Sociology (UCLA).   In 2018 she was named one of the 40 Under 40 Civic Leaders of Los Angeles County.  She was a Coro Fellow in Public Affairs and was received the National Youth Leadership Award from Filipinas Magazine, both in 2006. Jenny and her wife Christine are proud foster parents in Los Angeles.