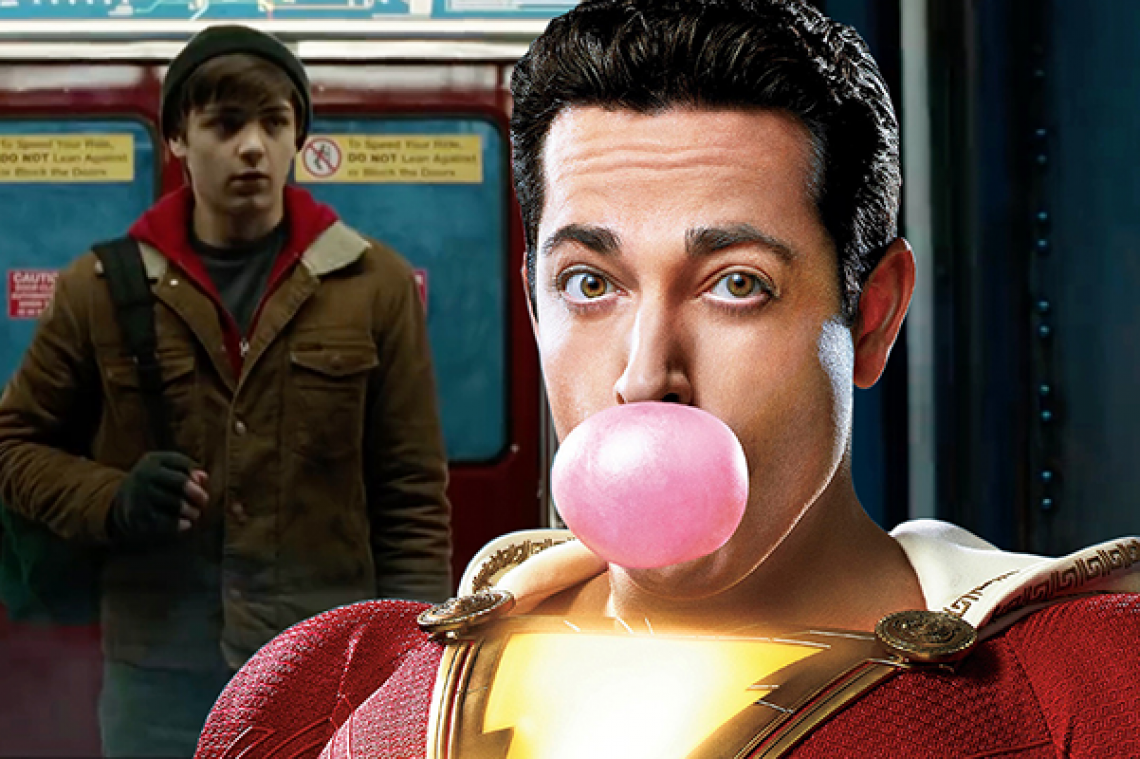 Shazam! was first introduced in the comic book series about Captain Marvel published by DC Comics in the 1970's. In this original origin, William Joseph "Billy" Batson became an orphan in Fawcett City after his parents were killed at a young age. Billy was separated from his sister, Mary, and sent to live with his uncle, who stole his inheritance and kicked him out. Billy was forced to live in the streets and sold newspapers to get by.

One day a strange cloaked man led him into an unfamiliar subway and down a long tunnel they went. It stopped in a cave with ancient statues as well as a wizard named Shazam. Shazam had protected mankind for thousands of years but needed to transfer his power to someone else. Shazam had observed the trials and tribulations of Billy's young life, he was impressed with Billy and felt he was worthy of his powers.

Whenever Billy said the wizard's name, "Shazam!", he would transform into an adult superhero, one with the genius of Solomon, the strength of Hercules, the unbreakable will of Atlas, the lightning blasts of Zeus, the power of Achilles, and the speed of Mercury.

Shazam is an acronym of the 6 immortal elders: Solomon, Hercules, Atlas, Zeus, Achilles, and Mercury.

In the new origin featured in the 2019 film, Shazam! Billy Batson is a young teen and foster youth in Philadelphia that runs into trouble while searching for his mother. Having been through many homes in multiple counties, Billy soon learned of another foster family that wants to take him in. The Vazquez family, who happen to have been through the system themselves. Billy was surprised they wanted an older youth rather than a younger child or toddler. Once at home, he's welcomed by 5 other children who he soon realizes are also foster youth Mary, Freddy, Pedro, Eugene, and Darla. Billy gets into a bit of trouble now and then but shows signs of a good heart.

One day after protecting Freddy from a couple of bullies at school, he runs onto an unfamiliar subway and... Like before the wizard found Billy worthy of his powers and named him "The Champion". Billy goes on to explore his new powers with his foster-brother, Freddy, they go on to do some pretty awesome stuff - but we're not going to spoil it for ya!

Check out the comics yourself or watch the 2019 Marvel movie trailer, Shazam!

Just goes to show children in care can become Anyone! Its an amazing world! no matter the obstacles! they are our Future. love the story.

There are many things to love about Shazam, yet among all the acclamation for its humour and actions, there's one thing I appreciated about the DC movie to the exclusion of everything else that isn't getting a lot of consideration. Foster kids have a gigantic influence in Shazam!, and the manner in which the film handles every kid and the feelings they adapt to is an especially misjudged thing this story ought to get more recognition.