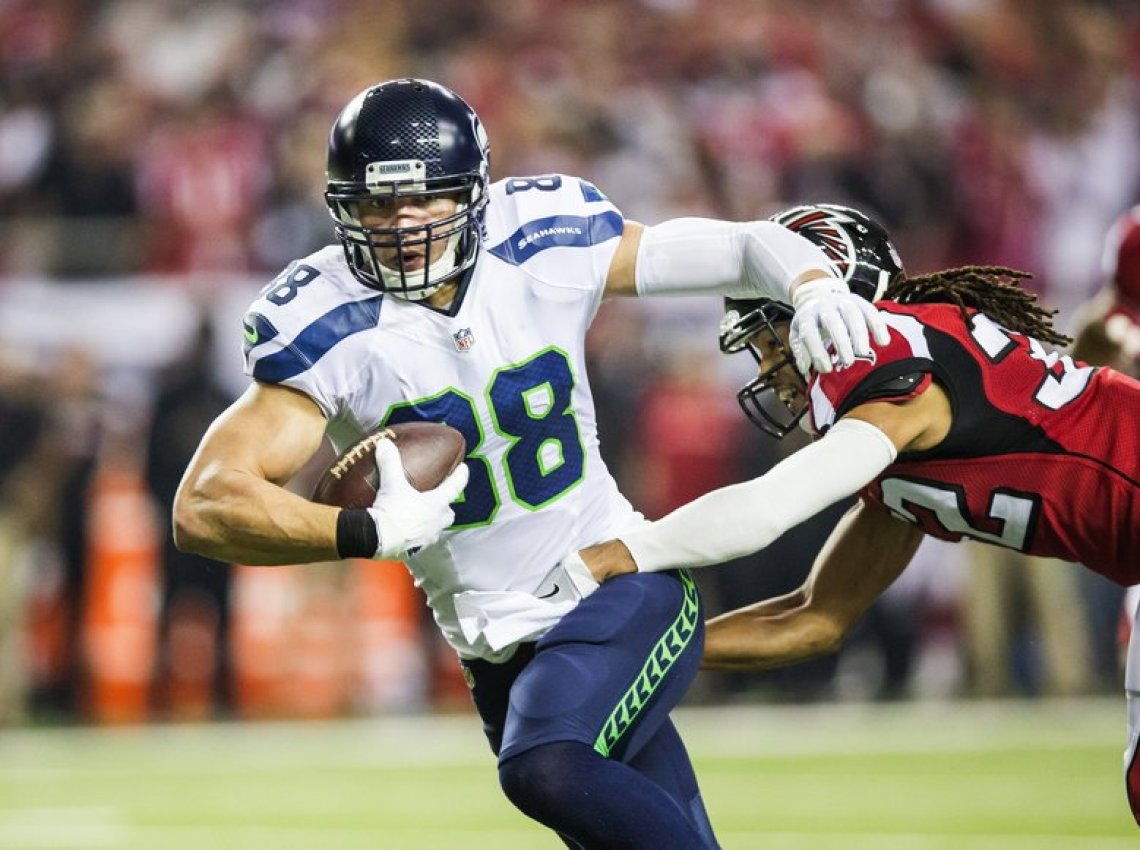 The Jimmy Graham is a professional football player, stunt pilot and a former foster youth. You can catch him on the football field playing tight end for the Seattle Seahawks, or thousands of feet in the air flying acrobatic loops in a plane. Graham also shares his story of being in foster care in order to let others know, you can "overcome."

"I don't complain. I don't quit. I overcome." - Jimmy Graham

At nine years old, Jimmy Graham was dropped off at the doorstep of social service. He was placed in a group home where he received physical abuse at the hands of older children. By the time he reached high school, a church counselor took him into her home. Their home was meek, but it was a family.

Graham began to excel at sports, basketball mostly, averaging 20.7 points, 13.8 rebounds and 4.6 blocks per game as a senior in high school.

He received a basketball scholarship to the University of Miami and played for the Hurricanes from 2005-2009. After graduating with a double major from Miami in May 2009, Graham stayed to take graduate classes and play tight end for the University of Miami football team. After just one season, Graham was drafted by the New Orleans Saints in the third round of the 2010 NFL draft. Graham was voted 31st-best player in the NFL by his peers for 2015.

As a child, Jimmy Graham used to define his worth as the $98 his biological dad gave him up for. Now, he tells his story of being from foster care to other foster youth, so they know to never let someone else define their worth. Recently, Jimmy Graham addressed 63 young adults from foster care at the 2015 Congressional Foster Youth Shadow Experience hosted by FosterClub and partners.

Get to Know Jimmy Graham