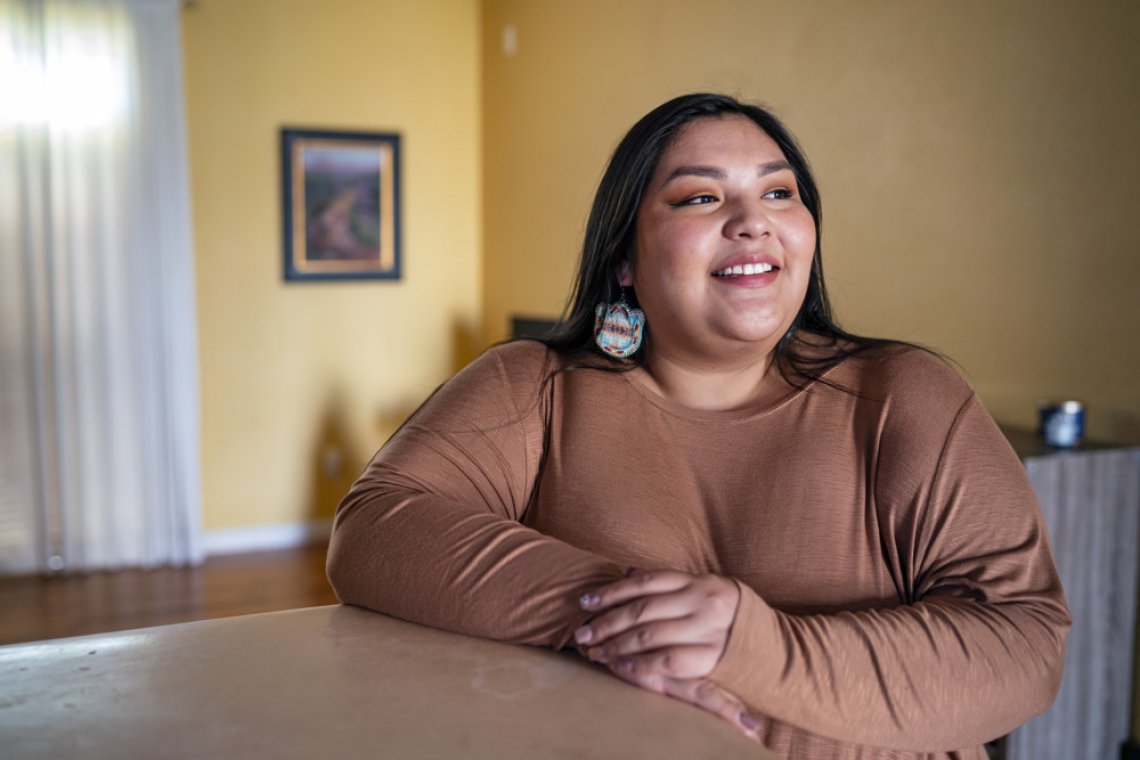 Veronica Krupnick, a member of the Hopi Tribe who also has Navajo and Jemez Pueblo heritage, was six years old when she entered New Mexico’s child welfare system, ultimately severing her connections to her family, community and culture.

“It felt like my whole world was completely different,” said Krupnick, now 26 and a program coordinator for foster youth advocacy with New Mexico’s court-appointed special advocates. “It’s really hard to function fully when your whole world just gets turned upside down.”

Today, a case like Krupnick’s would come before New Mexico’s Native family court, which was inaugurated in January, 2020, with the intention of helping prevent the separation of Indigenous children from their families and tribes. The court, based in Albuquerque, is dedicated to hearing child welfare cases that fall under the Indian Child Welfare Act, or ICWA.

The fact that none of the cases to come before the ICWA court has resulted in termination of parental rights is “a big deal,” said Bette Fleishman, the executive director of Pegasus Legal Services for Children, an Albuquerque-based law firm that represents a majority of the children who appear before the court, and which was involved in its planning.

ICWA, enacted in 1978, was intended to address a widespread crisis of Native American children being separated from their families and tribal communities by non-Native entities, primarily state child welfare departments and private adoption agencies.

Krupnick says her adoptive parents were supportive, but the separation from her culture and community was painful.

Studies indicate that until ICWA, up to a third of Native children in the U.S. were experiencing this kind of removal, and that 85 percent of that population were placed outside their families and communities, even if suitable relatives were available to take them in.

An American Indian child is still four times likelier than a non-Native child to be removed from their parents. A main priority of New Mexico’s ICWA court is to prevent the breakup of Native families by not removing Native children from their parents or relatives absent an imminent threat, and by working with Native communities to identify placement preferences.

Krupnick, who was eventually adopted by a white couple after an attempted placement with her grandfather, recalled the pain of separation from her community. She praised her adoptive parents, whom she described as supportive, but said there was still a void in her life.

“It was definitely a big hurt for me,” she said.

Some 10 percent of the state’s foster children fall under ICWA — roughly equivalent to the percentage of the state’s Native population overall, according to the latest census data. The court had served a total of 47 children as of January.

Veronica is a Council Member on FosterClub's National Foster Care Youth & Alumni Policy Council and is actively engaged in helping ensure young people and families are able to keep their familial and cultural connections.