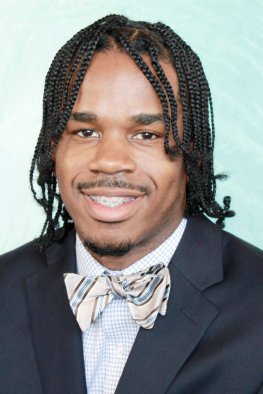 Ramond A Nelson's Life story is the true definition of perseverance. Ramond was born and raised in the city of Pittsburgh to a single mother of three boys. Early on Ramond's Mother went through a series of mental health issues that became unsafe for him and his two other brothers. This resulted in Ramond having to relocate several times as his mother was getting help. At one point Ramond had to take on being the man of the house for his younger brother as his older had brother left. Fatherless Ramond suffer from a lot of internal trauma with his mother's health, having a learning disability, and growing up in an unsafe environment in which the community he lived in. Ultimately Ramond entered the foster care system at the age of 13 and during this time of his life, he was on the road to self-destruction. Ramond started to realize the value in his life at the ages of 17 and 22. Ramond at 17 was in awe to learn about Trayvon Martin who was the same age being murdered maliciously which spark an interest in Ramond's life to follow social justice programs and black life matters events.

Ramond now at 22 was on the road to greatness but was missing a void in his life. Having been at the community college since he graduated high school Ramond took an opportunity to join a group of people that will forever change his life. This group was FosterClub, for the first time in his life, Ramond was his fellow peers who look like him, had been through similar trauma, and ultimately inspired him to pursue more in life.

Ramond now four years later is a first-generation college student with an Associate in General Studies and a Bachelor's Degree In Political Science from one of the top undergraduate schools in the country. Ramond is also a member of the Omega Psi Phi Fraternity incorporated served on numerous organizations on and off-campus and now has strong admirations to pursuing Grad School or Law school in the near future. Ramond's life of perseverance shows that he is truly and proudly a product of his environment and strives to uplift others.