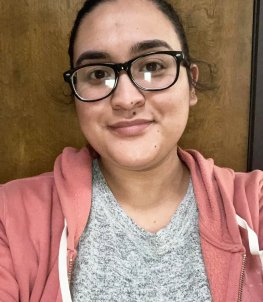 As a former foster youth, Leslie had a great experience, but also a bad one. When people in high school knew that someone didn’t have parents or that their parents left them, it was an open opportunity for people to bully. It was hard for Leslie, but she ended up getting used to hearing this to the point where she learned how to ignore them. As she learned new stuff about self-control and how to love strangers, it was a fantastic experience, yet rigid because she missed her family. She kept thinking about her siblings and her parents. Leslie’s thoughts were mostly about her mom because she didn’t try to get them back; Leslie was in foster care since she was 12 years old, and she got adopted when she turned 18. Leslie met amazing people who were considered her family, who treated her like much more than family. Lelise learned how to eventually take care of herself, even though she had people who cared about her, she stayed away to protect herself. Leslie’s last foster mom and caseworker were the best she could have ever asked for. She is still in contact with them, and she is forever thankful for all their support because they were the ones who broke down her walls and made it easier for her to open her heart. What she learned in her last years in care helped her become who she is now. Leslie and her boyfriend decided to take custody of his nieces and  her sister because they didn’t want them in foster care. Even though it would be a great experience, they didn’t want to put them in foster care if they had a family who cared about them and supported them. They got her boyfriend’s nieces when they were three years old and 15 months; they later got the baby, who was five months at the time. The youngest sees them as her parents, well now they all do, and they all call them mommy and daddy.

Leslie later came back to school to give them and herself a better future. She wants them to see that one will always have someone who cares about them, and will support them no matter what happens. Leslie came back to school in 2017, but took a break since she was looking after a five-month-old baby. She finally came back in the Spring of 2019 and has been attending since then. She has made the Dean’s List and the President’s List since she came back and since she’s had them. Leslie is currently a board member of a nonprofit organization, and it has been a fantastic experience to help people out. As a mom figure of 4, going to school full time and having a part-time job on campus has been a little hard at times; she wouldn’t ask for anything else. Leslie hopes to be on the President’s List or Dean’s List until she graduates, and to graduate with so many honor cords regarding GPA and her involvement on campus. Leslie’s goal is to do her best, no matter the obstacles, and to keep trying.