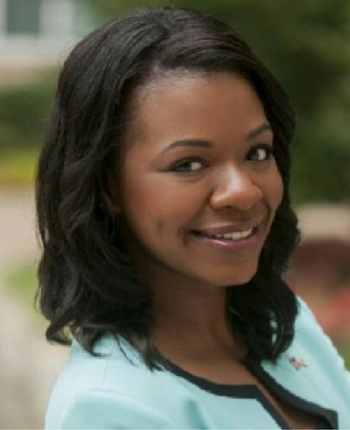 The Coast Guard's first African-American female helicopter pilot, La’Shanda Holmes currently pilots a MH-65 Dolphin at the Coast Guard Air Station Miami, the Guard’s busiest Air Station.  She heads the Law Enforcement Division, protecting South Florida’s borders against threats from the sea.  After growing up in the foster care system, she put herself through college, became a pilot, and flew search and rescue, counter-drug, law enforcement, and Presidential intercept missions. In 2015 President Obama appointed her a White House Fellow.  She spent 2015-2016 in Washington, DC interfacing with the highest levels of government, studying policy issues domestically and abroad, and serving as the Special Assistant to the NASA Administrator General Charles F. Bolden.  Honors include: 2014 Blacks in Government Award, is one of Grio's Top 100 History Makers, and received a nomination for an NAACP award for her work on The Smithsonian's "Black Wings" documentary.  She was named Spelman College’s Alumna of the Year in 2013 and is a USAA Veteran Honoree.  LCDR Holmes is also a board member of Tomorrow’s Aeronautical Museum.

She holds a BA in Psychology (Spelman College) and a Master's Degree in Administrative Leadership (University of Oklahoma).  She is also a graduate of Harvard Kennedy School of Government’s Executive Education (Public Leadership), Cornel University’s School of Industrial and Labor Relations (Strategic Human Resources Leadership) and is a Term Member with the Council on Foreign Relations (CFR).